Are You An Avid Reader? 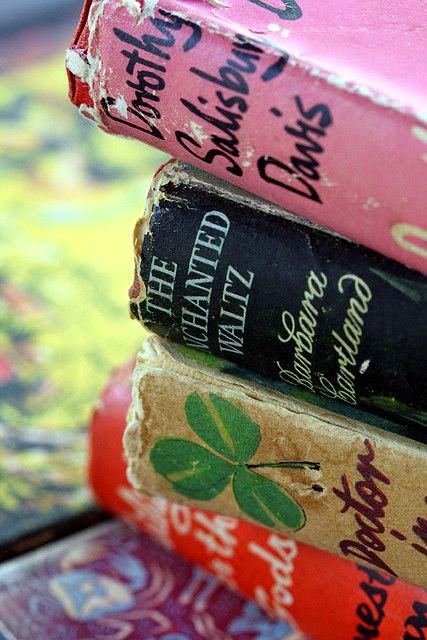 I'd say a good chunk of people are avid book readers. That is, most people I talk to say they love to read and probably get through at least one to two books a month, some would even say a book a week.

I use to think I could include myself in with this group of readers. That I could say I often found myself engulfed, hours on end, in some book's plot or storyline. But upon stepping back and reviewing the amount of books I've finished this year I can honestly say I think I've only finished six of them. This is sad.

Right now I'm reading an older book I had read once in my teen years. It's mostly an unheard of
trilogy called Papa's Wife, Papa's Daughter, and Mama's Way, by Thyra Ferre Bjor. Since it's a trilogy it's a thicker book and at the rate I'm going I think it would be realistic to say I'll get it done by Christmas. That being said I'm not an avid fictional reader. Perhaps I go through non-fiction a little faster, typically history.

So with all that being said, do you include yourself in the avid reader's club? Plus how long does it typically take you to finish a good book?

Honestly - I get sucked in pretty easy. Consumed by the story & the characters & the writing of a truly good book. In that case, I devour the book as fast as possible - typically only a couple days as I fit reading into every available moment. Otherwise, I try to read a little before bed each night so anywhere from a week to a couple weeks. Have you read any of Philippa Gregory's books? They mix history & fiction in an amazing way!

Hi. thanks for great blog. I really love your post.
Embroidery machine world