This past Saturday Jonathan and I made an impromptu trip up to the mountains. Well it wasn't that unexpected as a few days prior one of my beloved toads died. (I'm pretty sure the other frog was beating him up and thus murdered him!) Jonathan suggested that since this was the first Saturday we both had off in months that we should go pick up a new frog up in Crowsnest Pass.

It was a rainy day but that didn't stop us from going and only made being a passenger all the more cozy. Jonathan also enjoyed the drive as he decided we were only allowed to listen to CDs from his old collection. This may sound silly but we realized that for a while now we've only ever listen to what's on our Ipods or Iphones. So we blew the dust off his two massive book of CDs and enjoyed some old favorits.

First we stopped at Lundberck falls for a quick leg stretch. 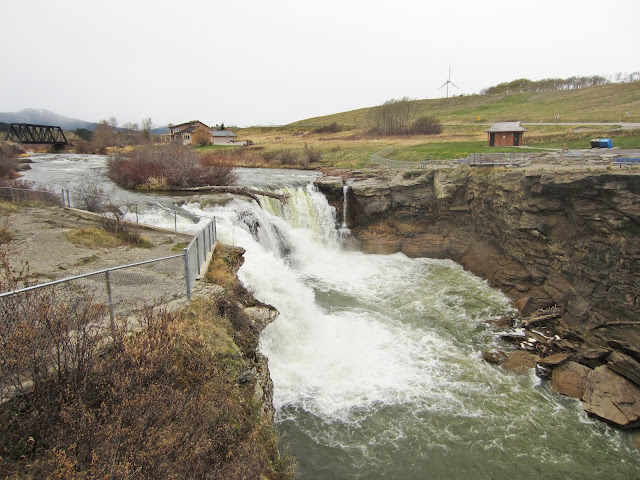 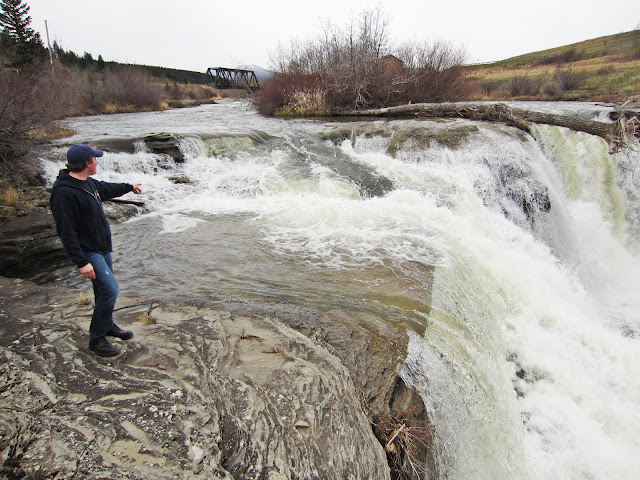 Then found ourselves at road side attractions I'd never pulled over to see in the past. This old places were actually incredibly cool and we enjoyed walking around and exploring around the "Do not cross" zone. Sshhh! 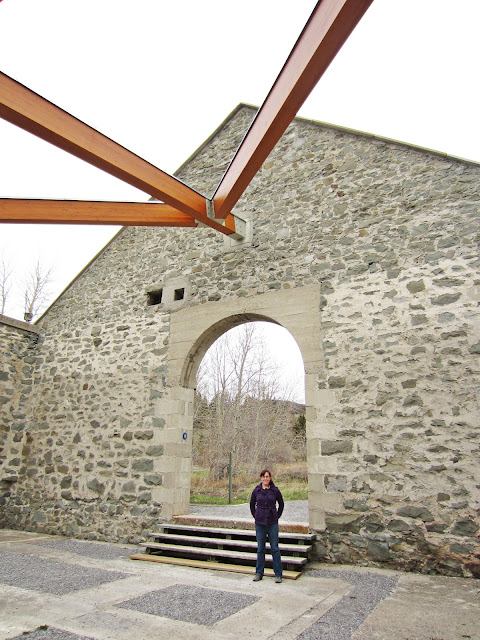 We even stopped at the new Frank Slide interpretive centre that was recently built. Since it was a rainy day not many other people were there. We felt like we were the only ones in the whole building which was fine with me as we were able to watch the movies, see the exhibits and goof off with no one to watch us. 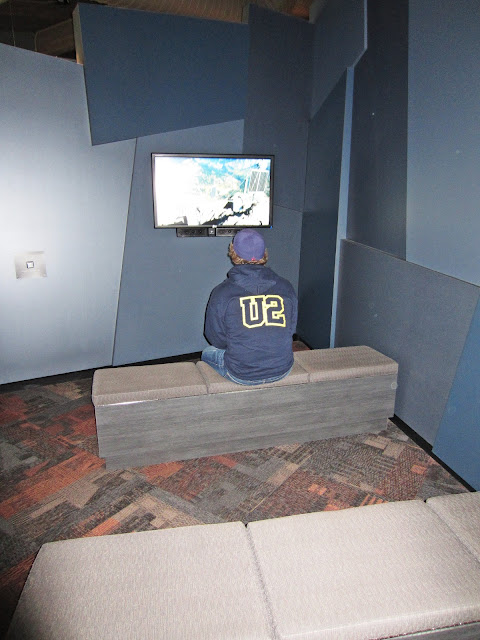 On a side note the Frank Slide story was such a heart breaking one. Basically back in the early 1900's a huge rock slide from the near by mountains crashed down and crushed a good part of a town. I'll be honest to admit I was a bit leery staying much longer by that mountain and as relieved when we moved on to pick up the new frog.

Lastly we ended up at an awesome restaurant The Rum Runner in Coleman and enjoyed a not so healthy but oh so tasty supper. 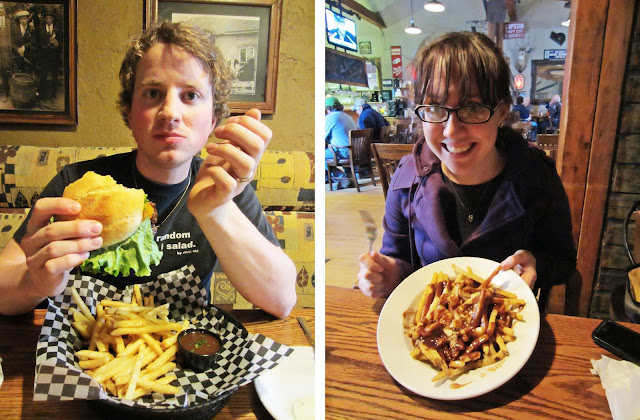 We drove back home, toad in hand, exhausted and content with our Saturday in the mountains.

Omg everywhere you went looks beautiful! Looks like you had so much fun and I hope you found a new toad!

My Send Something Good package arrive over the weekend- thank you so very much! The scarf you sent is so pretty and I can't wait to browse through those magazines! I've also already devoured that chocolate- it was so yummy :D Thank you again for such a sweet package!

what a fun little trip! impromptu ones are the best although it's a bummer it happened for such a sad reason :(

awesome. impromptu trips like that are so much fun. plus you got so many neat pics!
brand new here, just thought i'd say hi in your neck of the blogosphere =)

I love quality time like this. The two of you are so cute, haha ^^ I didn't know you had frogs as pets!? We have one or two in our pond every summer :) x