I love when friends of mine participates in the weekly Marriage, Love and Fun post because I feel like I get to know them all the better with their stories and answers to some of the questions. I've known Abbi for a few years now but for a period of time she lived basically on the other side of the world so our communication wasn't very frequent. After receiving her write up and her love story there was a flood of memories that came back to me from the time we were newly friends and remembering how often she talked about this guy she was going to marry. I knew her as a girl who was head over heals in love. It's been a few years now since their wedding and I love hearing how deeply in love she still is with her husband.

But enough of this gibber gabber, lets move on to the good stuff, Abbi's feature. 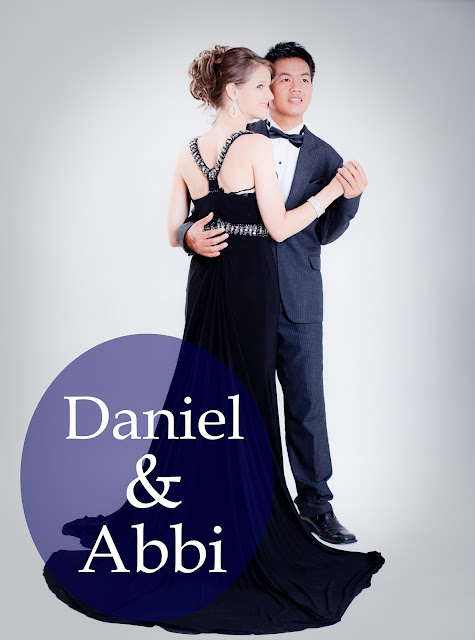 1) Tell us about how you and Daniel met.
I met Daniel for the first time when I was 16. He had come to my church in Edmonton with his adopted parents who were the guest speakers that Sunday. I thought he was really hot, and I had to find a chance to talk to him. I saw that he made his own guitar, and since I played guitar, that was a perfect conversation starter. He was 23, and Thai, and I was 16 and Canadian. It was cool to chat, but I never imagined we’d meet again.

I went to Thailand in Dec of 2005 for a short term missions trip with a group from BC. The thought had not even crossed my mind till I got there that Daniel would be there. I was asked to help out in the praise and worship cause I played guitar, so I had a chance to get to know Daniel as he was the Worship Leader! I started to like him then, but was focused on trying to do my best to help out during my time in Thailand.

I had a chance to help out Daniel’s mom one afternoon running some errands and she brought me home with her when she was finished. I was thrilled that Daniel was sitting at the kitchen table when we got there. Again, we got into a conversation about guitars and talked, this time, for hours. There was not very much time for us to spend together during that time but I did convince Daniel to take me on a motorbike ride one night. It was very short… Just around the block. Then he asked me to drive… I was so scared! When I got back in 10 minutes later, I was in trouble with the team leader for that, but it was worth it. (I was later told that “somebody” saw us kissing on the beach that night… funny how rumors fly!)

Then came the time to go home… I had fallen in love, but not only with a man, but the country. I honestly didn’t want to go home! The night we left, Daniel took me with his brother to a coffee shop and bought me a coffee. We got as close to each other as we should… shoulder to shoulder, and took a picture. That was the last time I saw him for a LONG time!

I struggled with the fact that it might all be a fling, so I made a deal with God. I said “God, I refuse to even make contact with him. If it is your will, he will have to pursue me! Oh and God, PLEASE give me a sign!” (Keep in mind, NOTHING romantic happened until this point.) When I got home, I had an email in my inbox asking how my trip went and tagged on it was a “P.S.” saying: “You look good in blue.” Somehow, that was my sign. J It was also the beginning of our relationship.
We went for months and months without seeing each other and to this day, I don’t know how we made it though. We always told each other on webcam and on the phone, “If we can make it though this, we can make it through anything!”

We had the support of our parents through the whole process as they were good friends prior to there ever being an “us”. That definitely helped us to make some decisions about marriage. I had the wedding planned and a dress even before I was officially engaged. Daniel came to Canada on Dec 17 2006 and proposed the same night. It had been a year since I had seen him last. We were married two months later and headed for Thailand a few weeks after that. 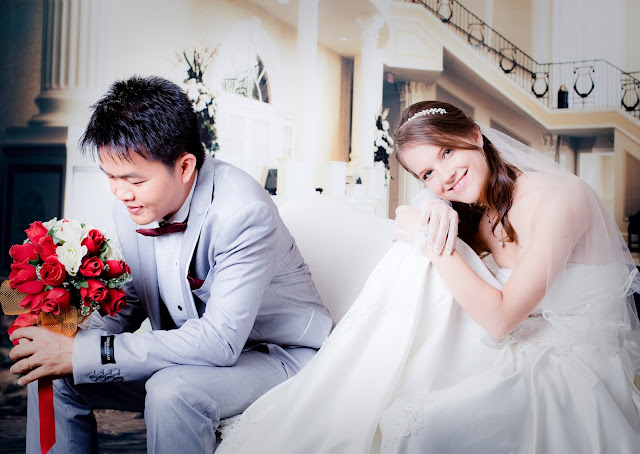 2) What's been one or some of the unexpected challenges you were faced with at the beginning of your marriage?
I had never realized how my bad attitude could affect someone else. I really had to cry out to God to change my heart. Daniel always forgave me, but I remember the first year was a year of maturing, certainly for me. I was also quite sick the first year we were married and it was hard on us both to have to walk through that. Sometimes you hope life takes you one way, but it leads you through a different path. As most things in life do, this also passed. I think that is one of the most valuable lesson I have learned. Sometimes you just have to wait out the storms in life. You would love to pass them by but that is not reality. Even the Bible talks about “when” the storms come, rather than “if” they come. Those storms come physically, relationally, emotionally and so on. Sometimes you just have to do your best to hold on and get through it.

Another thing I would like to share that I am still working through is our decision to come to Canada. When we were married, I was under the impression that we would be spending the rest of our lives and raising our family in Thailand. After having children, my husband really began to consider coming to raise them in Canada and beginning an immigration process for himself. It was hard for me as I had grown so fond of Thailand and had expectations of a life there. I struggled with the decision to support his dream. I prayed so many nights for God to either change his heart or mine. In time, God did change my heart, and I began to see the future in a new light. We moved to Canada in the summer of 2011 and are making it work now. I feel I have grown much closer to Daniel now that he knows (despite my strong personality) I chose to follow his dream and make the best of it. I also feel like that drew me into a much deeper relationship with the Lord… Funny how those go hand in hand! 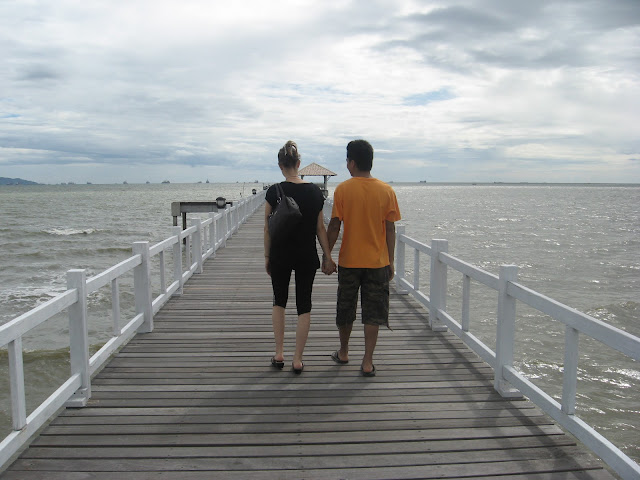 3) Now the good stuff, how have you kept the romance alive in your marriage?
With two young kids in the house this can be tough. During the day, I work full time and Daniel watches the kids. In the evening, we trade. As soon as I come home, he heads out to do some woodwork he is hoping to sell when he can get his work permit. Usually I am very tired at night so I barely see him come home. This is something we knew would happen and planned for it. We know that it is short-term until we can get our feet on the ground so we are better prepared to deal with what obviously is gonna follow: less frequent dates, fewer “special” nights, and generally less time together. What keeps us in love is knowing we are working together with one heart and one purpose. When we find that weekend evening when the kids are sleeping, we take advantage of that time together. We also pray together each night. Another thing we find very romantic is, funny enough, enjoying the kids together. When we are both playing with the kids and laughing, we all have the time of our lives.

4) Any advice you want to give to newly couples?
Don’t walk into marriage with a list of expectations. Go with the flow! When it doesn’t go the way you planned, change your plan. Give marriage 100% priority. When you or your hubby is upset at the other, don’t sleep on it! Come to an agreement before nodding off. I have spent a fair few nights up till the wee hours of the morning working through some kind of disagreement or offence with my husband (I should mention, he always wants to fall asleep angry, but we made this agreement…). If you refuse to allow things to build up, it’s amazing how much less tension there is! And always be willing to apologize cause it takes 2 to fight. Lastly, keep a good attitude about life and your circumstances and you will see things working out. 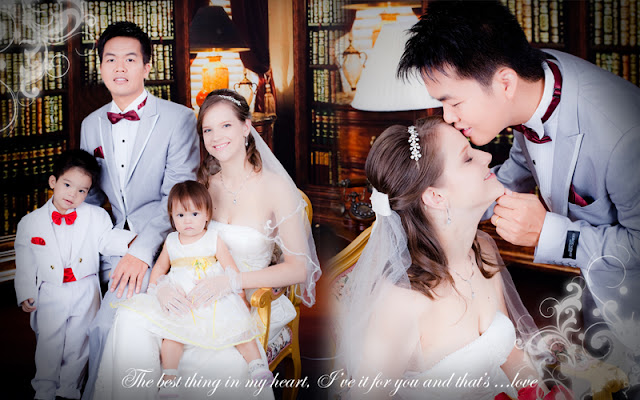 this is a fantastic story - does she hav ea blog?
and what a great idea for a series post - love it :)

How sweet. I liked the part where she admitted her 'strong personality', but chose to let him lead. I think that's important.

I think I recognize some Thailand photography there :) My friend married a guy from there, and they had pictures taken that look rather like that.