Another cold and brisk January morning here in Alberta, Canada. Mind you it's only -19C here so it's rather nice compared to those pervious days that felt like -35C with windchill. I took the liberty to look up the weather for today in New York City and they're doing a bit better than us and will reach 2C this afternoon. No frost bight for them.


Anyways I looked up New York because that's where today's guest blogger, Hope, comes from. Hope has a great blog over at A Flattering Tale and writes about a variety of topics like fashion and fun experiences she's had, like for example the day she was on the the Jimmy Fallon show, no big deal! Haha! She's such a great writer and her blog post are so enjoyable to read that you really should check her out after this post.


On top of that she's got some great thoughts on marriage and a cute little love story for today's Marriage, Love and Fun feature. 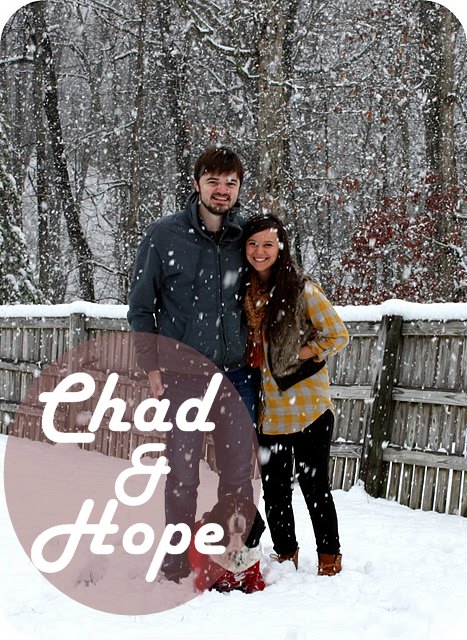 1) Tell us about how you and Chad met.

Chad and I were in the same French class when I was a sophomore in
college (he was a senior). We were both involved with other people,
but stayed friends throughout two semesters of French. I somehow got
his number and texted him a snarky comment one day. After that, we
texted each other constantly for about two months. I think my
friends were ready to take my phone away from me so I would pay
attention to anything else. :) On my birthday in June, he made me the
the most thoughtful gift—a mix cd with a handmade CD jacket made from
antique maps of the North Carolina (where he is from) and Virginia
(where I grew up) border. We were officially together shortly after
and got married about two years later.
2) What's been one or some of the unexpected challenges you were faced
at the beginning of your marriage?
When we first got married, I had recently graduated from college and
struggled to find a full-time job. We both worked in retail positions,
which meant different shifts and not a lot of time together.
Throughout our marriage, we've had similar situations where one or
both of us were extremely busy with work, or in Chad's case, graduate
school. We've learned from these moments and really try to take
advantage of the time we have together. Chad is in graduate school at
Columbia University, so he is obviously very busy with class and
studying. We always try to take time on the weekends to relax and nd
just enjoy one another's company. 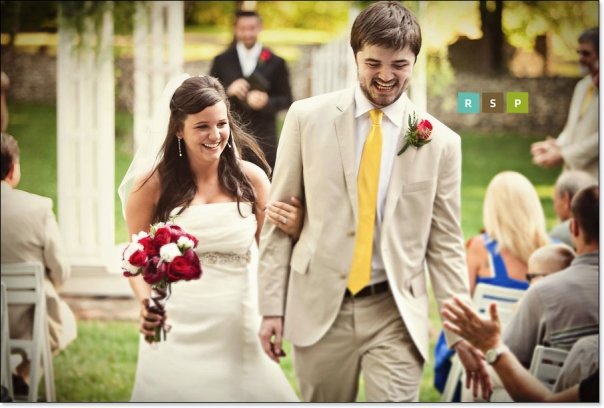 3) Now the good stuff, how have you kept the romance alive in your
marriage?

One of the things I love about our marriage is that we've gone through
so much together already. We recently moved from Tennessee to New York
City, and it's been a huge adventure. We love exploring the city and
finding new things to do together. We love going to show, concerts,
festivals or even just going for a walk in the park. We usually have
at least one day when we focus on spending time together rather than work or
school. Our favorite tradition (one that started while we were dating)
is going out for a huge breakfast on Sundays. 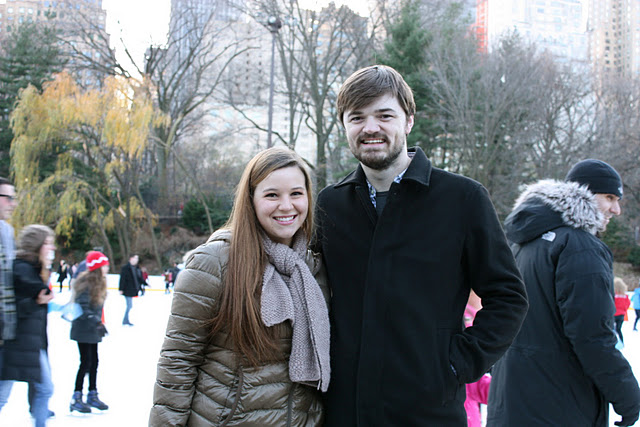 4) Any advice you want to give to newly married couples?

Communicate! I think that's one of the essential components of a
healthy and fun marriage. Chad and I took a marital counseling course
before we got married through a local nonprofit, and I often think
back to some of the topics we discussed there. Chad and I are very
different types of communicators—he usually talks a lot more than I
do, and I often won't directly say if I'm upset—so we have worked on
better understanding one another. I think marriages really need that
type of open communication and understanding.

Thank you so much for featuring us! It's so exciting to see in on the blog. :)

they are so cute. great advice! thanks for sharing!

NYC from Tennessee? Wow! Culture shock much? I lived there for the summer (from Fort Collins, Colo.) and it was a huge shock! Fun experience, but it wasn't for hubby and me. :)
Great read! I'm heading over to A Flattering Tale now to check it out.