Today's Marriage, Love and Fun post features my cousin Christine. I'll secretly admit that if I ever had a favorite cousin on my mom's side Christine would have been it. As a child she was much older than me, probably by around 6 or 7 years and like many of us know when an older cousin spent any time with you it was the coolest thing ever. She was always so sweet and kind to me and my sister. I remember one time when her family moved to a new place she let my sister and I help her unpack a box in her new bedroom. We were so happy to "help" as we had never experienced moving before and I left their home wanting to move so I could unpack my stuff from a box. Christine could make things like unpacking so much fun.

Today she's a wife and beautiful mother of three and has some insightful thoughts on marriage and quite a cute love story! After reading her story you'll have to check out her personal blog, Coaltrail about her family and the adventures they go on. 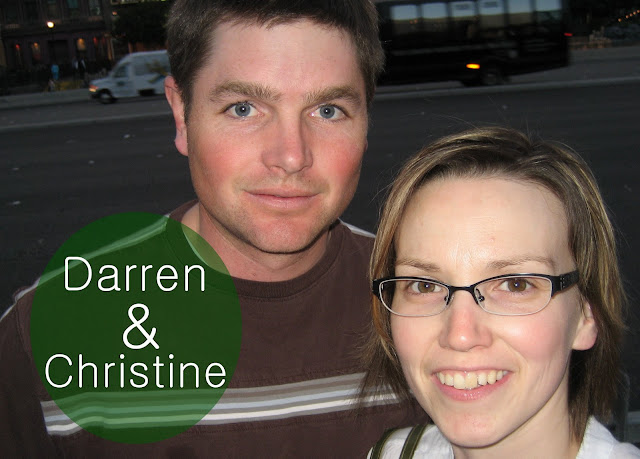 1) Tell us about how you and Darren met.
During Easter Break of 2001, some girlfriends and I were heading up to Kimberley, BC
for a ski weekend. We had talked about possibly skiing at Fernie, BC one day to try
something new. I had a friend that I had worked with the previous summer that had a
condo in Fernie and so I called him up to see if he knew what the conditions were like
and if it was worth the drive to ski there for the day. Turns out it was, we made plans to
meet up the next day at noon on the hill. The next day came and my girlfriends decided
to stay in Kimberley, so I was on my own to Fernie.
This was before cell phones (believe it or not!) or before I knew Darren’s cell phone
number so there was no way to get a hold of Darren to tell him the change in plans. We
met on the hill and had a great day skiing (well…only kind of…) He was a really, really
good skier and I was not, but I just put up with the incredibly steep terrain and managed
to make it through the day (alive). We went for dinner later that evening and had a great
time chatting and getting to know one another.
During the next couple of months, we developed our friendship and began to spend
quality time together shooting gophers, riding horses and hanging out on his ranch.
Darren had just bought his own ranch near Longview and I lived in Calgary…so it was
interesting getting the cowboy to the city! I grew up with a deep connection to the many
farms owned by various family members in Saskatchewan. So hanging out and forking
hay, branding or doing chores was a welcome change to my Calgary city life. The more
time I began to spend with Darren the more I realized that I was falling in love with him.
He is such a calm, levelheaded and real person. He is a true cowboy in that he tells it
like it is, whether it needs to be said or not. He is incredibly kind to others and always
puts his others and his animals before himself.
Darren and I dated for about 3 years and we were married on April 17, 2004 in Okotoks,
Alberta. We are now the very proud parents of 3 wonderful kids Bennett 6, Lucie-
Jeanne 4 and Maeve 2. We are proud first-generation ranchers, have a small herd of
cattle and board several horses. 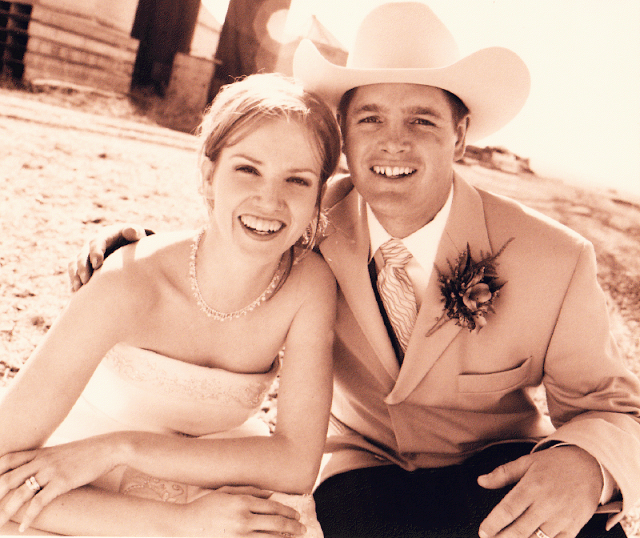 2) What's been one or some of the unexpected challenges you were faced at the
beginning of your marriage?
To be quite honest, the beginning of our marriage seems like a whole other lifetime…it
was ages ago! When I look back now, our first year of marriage was a dream. At
the time, there may have been some complicated or difficult times, but it pales in
comparison to 10 years, 3 kids and 2 careers later. Our early days together were some
of the most special as the only focus was on the two of us. There was certainly more
time in the day to make us the focus.

As time passed there were always a handful of unexpected challenges that arose.
Having our first child was a happy time, but also an incredibly challenging time as there
was lack of sleep, differing viewpoints, and perhaps someone who was a little too bossy

at times! Being first time parents, we forgot the great advice given to us by our marriage
prep pastor. “You must always keep your relationship together first priority, because at
the end of the day it is the two of you who are the reason behind the family.” Once our
3rd child was born, we were much more comfortable going out and leaving the kids with
a baby sitter, going on holidays together and taking the time to spend together.

Darren and I also had differing viewpoints on finances. He’s a spender and I’m a saver!
Over time, we have been able to take the best of both viewpoints and make it all work
together. We find that setting financial goals together has helped us to achieve great
things like our own custom hay business and a new home without added stress!

3) Now the good stuff, how have you kept the romance alive in your marriage? Any
stories, practical advice or ideas you have?
Over time, we have changed how we view romance. Spending time together after
the kids go to bed, just talking or watching a movie is something we do a couple
nights every week. We also like to get away on a mini-vacation together every year,
just to reconnect and have some fun without the kids. Spending time together as a
family whether it be on holidays, on the weekend or just at home is also important
to us. We like to eat dinner together as much as possible, although I’m not sure how
romantic that is with all the dinnertime shenanigans courtesy of the kids! 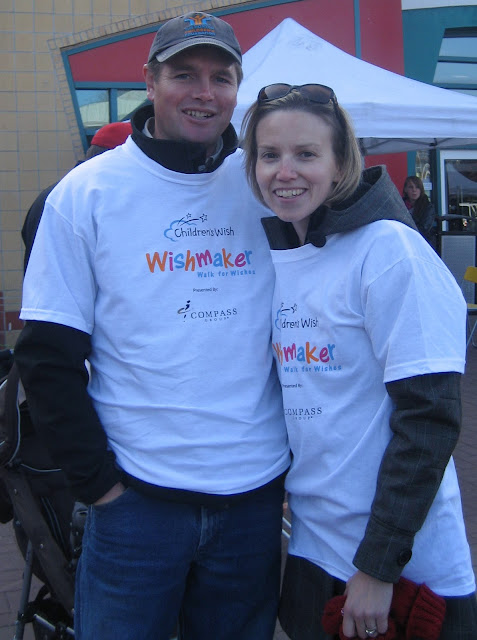 4) Any advice you want to give to newly couples?
I think the most important thing that marriage has taught me is to be flexible to
change and embrace it! It is hard to do, but remembering that I can only change
myself and not my spouse nor my situation is an important life lesson. When I was
first married I had this vision of how our life would be perfect together. And then all
of a sudden LIFE just happened. There were many times, days, weeks, months that
were far from perfect or enjoyable but when we began to approach everything with
a more positive and “open to change” attitude things began to work themselves out
and we began to LET LIFE happen.

Lastly, we find that when we put love at the forefront of our daily actions, thoughts and
words we can and do live a PERFECT life!
..................
If you'd like to be a guest writer for the in the Marriage, Love and Fun feature and get a free shout out for your blog e-mail me at teakipost@gmail.com.
Posted by Teaka at 6:27 AM

Such a cute little post! I love reading others love stories!

a wonderful post , i shall remember the advice and work it on my own relationship :)