I'm thrilled to have Viktoriya from Drawing on Napkins for today's feature. She's such a talented artist and I believe I've been following her for few years now. She has some great advice for newly wed couples. I espcially liked and agreed with what she said about mac and cheese but I'm jumping ahead. You better just read her story and see what I'm talking about. 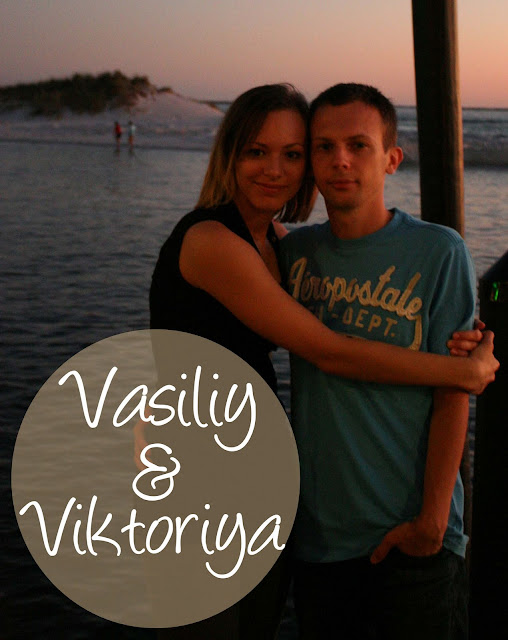 1) Tell us about how you and Vasiliy met.
The very first time I met Vasiliy was at my technical school graduation. He was with a group of friends that was there for one of my classmate's graduation. He had just moved to Virginia from California a few months ago. We were taking pictures after graduation and since he was a mutual friend, he ended up in some of mine. A few weeks later, I had received a Myspace friend request from him and couldn't figure out where I had known him from. Once I figured it out, I told him I could give him the pictures of him that I had. Since Myspace didn't allow picture uploading in the message box, he added me on a messenger program. I sent him the pictures there and we started talking. We enjoyed talking so much, he asked if he could have my number and we would text during the day sometimes.
Later that summer, a guy from my church was marrying a girl from Vasiliy's church and we were both invited to the wedding. After the wedding, a bunch of us went to play volleyball/hang out and he was there too. He was too shy to approach me in person (even though he sent me texts while we were there), so I got irritated and went up to him and did it myself. Afterwards, he went with us to Ihop for some late night pancakes.
We hung out that summer with our friends, and I didn't really get that he "liked" me until one day in the fall. It was a rainy day, and while I was working, he had left me a surprise. He put a rose on my windshield wipers so when I got in my car (it was dark) and turned on the wipers, there was a rose going back and forth on my windshield. I was very surprised!
He continued to leave me fun surprises and send sweet messages, so it didn't take long before I was head over heels.
Then, my dad had found out about us. It didn't go over well. He had heard from the rumor mill some stories about Vasiliy and told me this needed to stop. He was very adamant, so that was the end of that. I was crushed. I did not take it well at all. I hadn't realized what a big part of my life he had become until he was gone. But as in an email I had sent him at the time, "if God wants us to be together, it will work out", I figured I'd see him again if it was meant to be.
A few months later, Vasiliy ended up in one of my college classes. Though we weren't supposed to be hanging out together, we saw each other a few times a week during class. The following semester, he was in the same gym program with me, so sometimes we would end up working out together. (Well, I would workout, he would walk on the treadmill and call me a "gerbil" when I ran on the treadmill beside him). We had a lot of fun, but it didn't get anymore serious than that. We felt comfortable with one another and decided we could do just fine as friends. So this sometimes lead to us meeting at a coffee shop and studying together as well. We always had a great time, even if it was doing nothing. Welalso loved to send each other emails about our day, and it was like having a penpal/journal. I loved having somebody to vent my day to. He always listened to me jabber and seemed to enjoy my usually wacko self.
I was working at a hotel at the time, and in a while he got hired at another one in town. We actually ended up speaking everyday, as hotels would call for "occupancy" at other properties to get stats for the day, and his hotel was on my list to call everyday.
Our paths crossed over and over.
In a while, I had met someone else and was dating that person. Though I really enjoyed their company and thought they were wonderful at the time, after a few months, I realized that I looked forward to Vasiliy's company much more excitedly even though we were just friends. That's when I knew he was irreplaceable. Nobody else accepted me for who I was like he did. At this time, Vasiliy realized he really didn’t want to be the “friend”, but rather be who I was dating.
Once we established that this feeling was mutual and that secretly we were actually kinda in love (a lot, but we were nervous about this), it was only a few months until Vasiliy proposed on Christmas Day.
I was working and completely sick that day with a cold and had no voice. Luckily, nobody called the hotel during my shift, as I wouldn't have been able to speak. After work, he picked me up and took me to a pretty campus to give me my gift. He had gotten me a Christmas gift, and after I opened it, he said,  "Oh yeah…I have one more"…and pulled out a ring. I said yes! (very hoarsely, and nodded fervently in case he didn't hear me). Four months later, we were married! 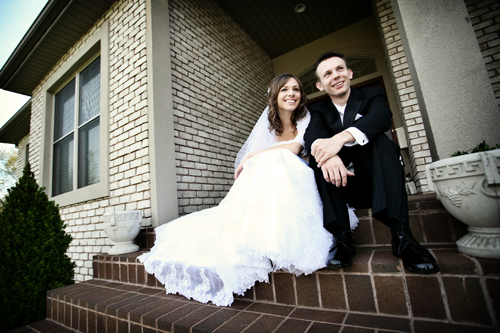 2) What's been one or some of the unexpected challenges you were faced at the beginning of your marriage?
We've been married two years, so I think all our time thus far is the "beginning" of our marriage. :)
We had to find out a good medium between our spending habits when combining our income. We've actually now have our accounts combined and have seemed to work out a good plan. :)
We pick on each other in good fun a lot. But since getting married, we've realized it's not always such a good idea. You become more open about yourself and this causes you to show your vulnerability and sometimes we will pick on things and go too far. It's all fun and games until somebody gets their feelings hurt. It's okay to be more loving.
Since we are usually quite sarcastic, it was hard sometimes to remember to soften up, be serious, and tell your spouse you love them. It's absolutely necessary. Though maybe it feels cheesy sometimes to leave little notes and say nice things, do it often.
Another thing is…during the week, we don't get to see each other much. Or if we do, it is with a group of people and we don't get any one on one time. So we try to set aside trips/dates so that we can hang out and remember why we enjoy each other's company.
Also, there is the part of "hangry". This is when you are hungry and get grumpy. We both apparently get angry, so we have learned that it is best not to bring up touchy subjects until after we have appeased our stomachs.
3) Now the good stuff, how have you kept the romance alive in your marriage?
Once a week, we try to have dinner somewhere, just us. Or if not, a coffee date at Starbucks and a walk through the mall will do. No playing on cell phones during dinner either. We plan trips every once in a while to somewhere different (even if it's an hour away) so that we can get a change of scenery.
Also, nobody is allowed to sleep on the couch. Usually sometime during the night even if you're angry, one of us will get cold and we have to cuddle. And you can't cuddle unless you quit being angry. 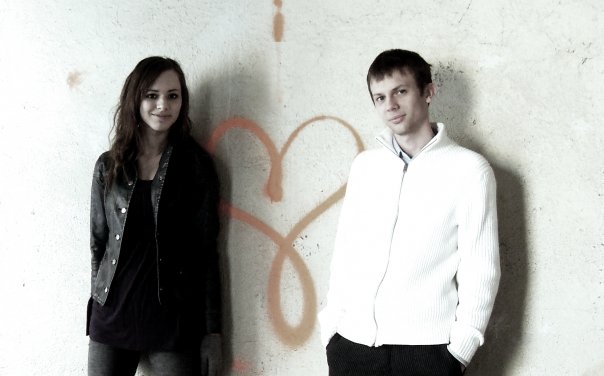 4) Any advice you want to give to newly wed couples?
It really doesn't matter how bad or good you can cook. Mac n' Cheese still wins everytime.
Also, just because you put makeup on, doesn't mean you look better than without it.
It is also, however, appreciated when you don't wear sweats all the time.
Hubby is flattered when I still wear clothes at home that are not sweats.
Be patient with each other. Both of you have annoying habits and weird things you may do. Don't be harsh on them and expect ease on yourself.
Also, get used to saying "I'm sorry" a lot and meaning it. Get used to forgiving too. This is the person you are living with for the rest of your life, so apologies and forgiveness are vital. The longer you do not forgive or apologize, the bigger the elephant in the room gets and everything gets awkward. Then everyone gets cranky and it just escalates.
I know my challenges and advice list was lengthy, but it doesn't mean things are bad. In fact, I could not possibly be any happier with my husband. There is nobody in the world I would choose to spend every day with. He supports my decisions and helps me out everyday, whether it's making me coffee or helping vacuum. He always cleans out the kitty litter without complaining and will put on a dress shirt for special occasions even though he hates them. He helps me when I wish to fix my flaws and doesn't put me down on them. He still makes surprises for me, even though many times people don't after marriage. He always gives me hugs and is always ready to forgive me. Most of all, he loves me back. :) 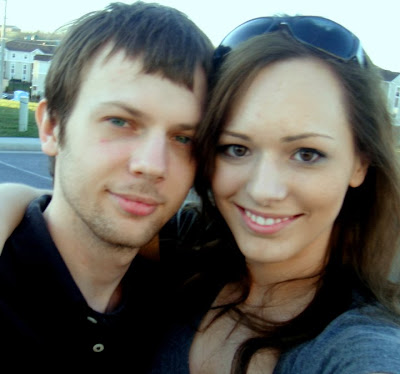