Today I'm excited to share another Marriage, Love and Fun feature and this time the post is by Katie-Lee. This is seriously one of the most amazing, romantic love stories I've ever heard. Her story brought to mind that very first line in 1 Corinthians 13:4 that starts off saying "Love is patient". If anyone lives out those three words Katie-Lee certainly did.

It's so worth the read and she also has great marriage advice as well. Enjoy! 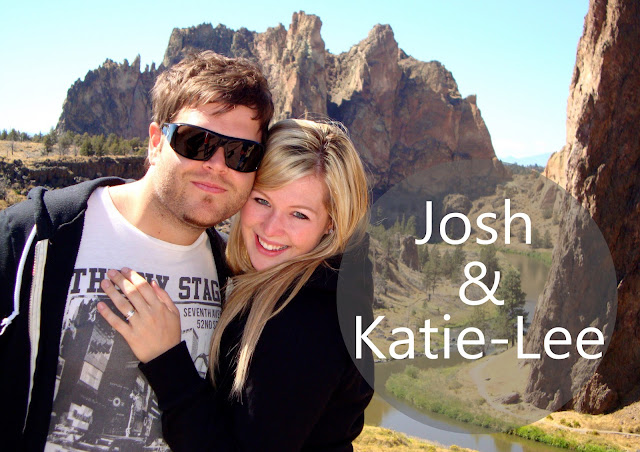 1) Tell us about how you and Josh met.
When I met Josh, I was 15 and he was 22.  It was love at first sight for me.  I was at Eagles Nest Ranch, a large summer camp he worked at as the Program Director, and I had come for my first year as a camper. 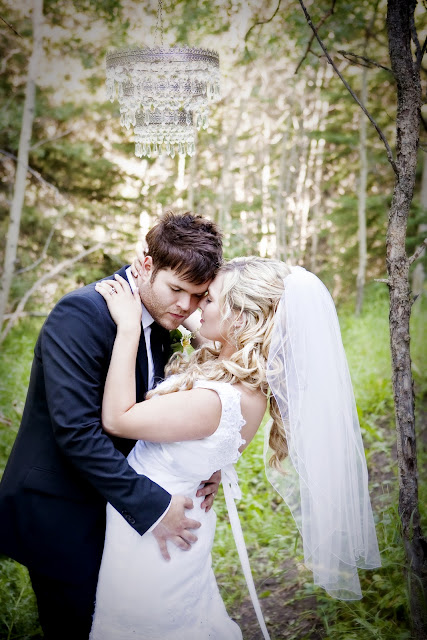 2) How did you know he was the one?
I have a bit of a different story, because I knew there was no one else for me but Josh.  Hewas my first love, my first boyfriend, my first kiss...I waited for him and I would wait for him all over again.
Because I had hoped he was the one for so long - I don't really have a defining moment of KNOWING he was going to be my husband.  I had prayed for him and wanted him so bad, that when it all happened there wasn't even a doubt in my mind that we would get married.
Obviously, he had SO many of the things that I was looking for in a husband.  My parents had encouraged me to begin praying for my husband when I was around 12 years old, and I knew that I didn't just want to date anybody.  When I first met Josh and I saw how he loved God, how he was honouring to the people around him, he had a great family and a good relationship with them, he had good work ethic, I knew he was someone I could spend my life with.  I think one of the biggest things was that my family approved 100% without any hesitation. No red flags. 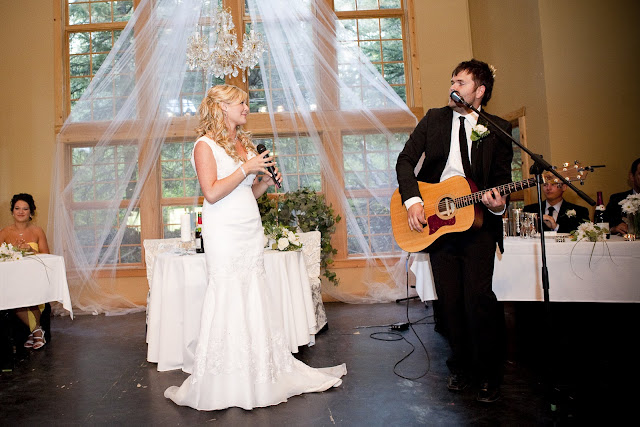 3) What's been one or some of the unexpected challenges you were faced at the beginning of your
marriage?

Last year in August 2010, we had prayed long and hard and had decided to resign from Eagles Nest Ranch, and we felt God calling us to move to Leduc, Alberta.  Josh got offered a position at a church there as the Worship and Young Adults Pastor.  We swiftly put our condo for sale - expecting it to be sold by that November.  It had almost 4 months to sell, and nothing happened.  I remember feeling so discouraged, like God had forgotten to put the pieces together for us, especially since I was leaving my family and all that I had known in Medicine Hat.  We both started our jobs mid November and still hadn't sold our place.  So we packed up our stuff, moved up to Leduc and put ALL of our belongings in a storage unit.
Josh's parents lived about 40 minutes away from Leduc, and they graciously allowed us to move into their basement.  I thought we would be there for maybe 1 or 2 months – and we ended up being there for a year.  Not what I was expecting and it was so discouraging.  Everything we owned was in storage so there was no way for me to really ‘settle down’.
It was a very hard year for me especially, I know that I wasn’t an easy person for Josh to communicate to - I was so moody and grumpy with our situation, missing my family, adjusting to big city life in Edmonton, a new church, and none of the things that make our home and bring me comfort.  I know that I was the one to make our last year more difficult than it needed to be.  I made it hard on my husband too, but through all of it he was so patient and loving and would never make me feel stupid for crying or getting upset about our situation.  He wouldn't let me mope but would call me to rise up in faith and trust that God knows what he is doing.  I'm so thankful that he never got angry with me or upset that for most of this year I have not been content. I know it was hard on him because he couldn't do anything about it or change the situation for me.
I've grown so much and have given God our situation and I finally learned to let go and trust him.  So that has definitely been an unexpected challenge - living with my in laws in a basement without my stuff, away from my family.
God is so faithful because in September our condo finally sold and we just moved into our first house in Leduc and we unpacked our storage unit!!!  My house is more beautiful than I could have ever dreamt of – God truly knows best! 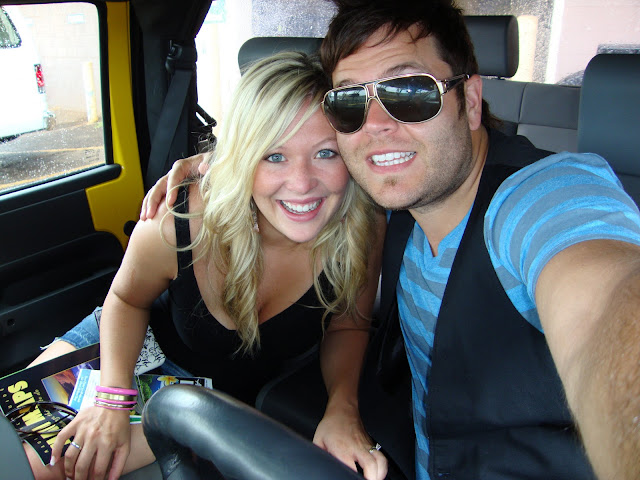 4) Now the good stuff, how have you kept the romance alive in your marriage? Any stories, pratical
adivce or ideas you have?

I think that romance starts by serving one another.  Sometimes I fail at this, and wonder why things are challenging or why we can't seem to get on the same page.  If I am not willing to serve Josh (whether that means making supper or a lunch, letting him watch a football game after a stressful day, giving him a shoulder rub) it will be more challenging for him to serve me.  And vice versa.  When I come home and Josh has cleaned the house up for me, it is SO easy for me to want to do something special for him.  I think it's how God designed marriage to work.  My love tank is full and Josh's is full too.  We both go to bed content when we are selfless towards one another.  Haha, but this doesn’t happen all the time, we are always growing and trying to be better spouse’s to one another…
For us, date nights are important – I have found some neat websites that give great ideas on how to have fun dates on a budget (wherever you are at in marriage – newlyweds, with kids, ect). P Putting our phones down, being disconnected and focusing on one another is especially important for me – I love knowing that I have his full attention.  I plan lots of dates nights where we just stick around the house but we have so much fun…
And laughter is key.  There is nothing better than being together and laughing so hard you cry.
5) Any advice you want to give to newly couples?

Have fun, don’t be anxious and let the little stresses and worries of life come and steal your joy.  Be open and communicate clearly and don’t let things build up to be bigger than they are.  Do spontaneous things together.  Start healthy habits.  Begin creating the home life you want now by start traditions and healthy habits. Be willing to be the first one to say sorry or to step out and serve your spouse even when you don’t feel like it.  Enjoy being in love and all the firsts that come with married life.  Laugh all the time!
xoxo 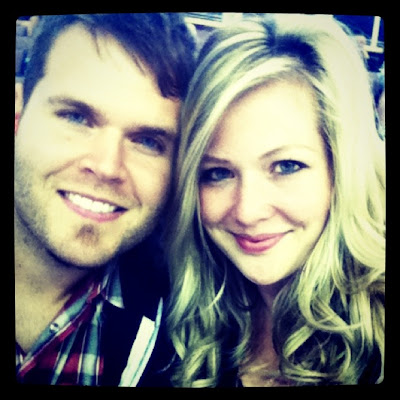 I think this is my favourite one yet! I love what Katie-Lee said: 'I think that romance starts by serving one another' something so simple that can go a long way. Really enjoyed reading their story :)

I have so enjoyed reading this... what a great feature to have. :) thank you both for sharing.