Today I'm introducing Amber for Thursday's Marriage, Love and Fun feature. Amber has been married only a few years now and you can tell from her story she's head over heals in love with her man. She's super creative, quite an amazing baker (according to her blog) and is breaking into the world of photography, in which she's very talented.

After reading her answers regarding married life don't forget to check out her cute blog, Just Me, and see some of the photos and creative things she's come up with. 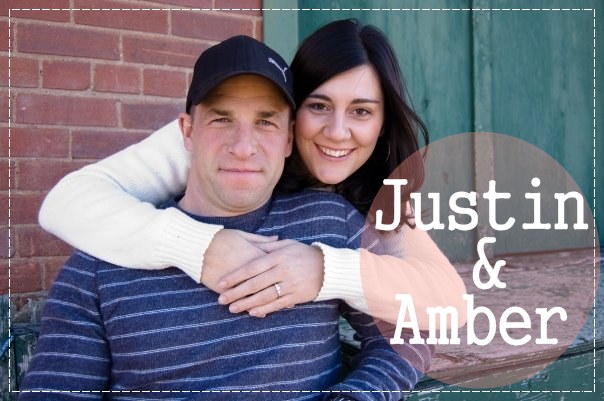 1) Tell us about how you and Justin met.    Justin and I actually met way back in high school, but we re-connected at a funeral (strange yes, but it’s true!)

Even though we’re only just over a year apart in age, we were two grades apart in school. So with him being in grade 10 and me in grade 12, we didn’t ever hang out. However, in a small high school you pretty much know everyone so I’m sure we said hi a time or two as we passed each other in the hallways.

In January of 2008 we were both back in Caronport for a funeral. I was wandering through the foyer looking for someone else and I noticed Justin standing off to the side talking with a group of guys. I smiled and waved as I walked by but didn’t really think anything of it until I received a facebook message from him later that night. He wrote: "I hope you don’t think this is creepy but I looked for you after everything was over today, I wanted to ask you to dinner. I live up in Edmonton, if you’re ever up this way, I’d love to take you out sometime." Normally if I would have read something like this I would have been creeped out lol, but I felt strangely flattered...something was different about this message. One message led to another, and then to texting and eventually to phone conversations. A month after his first message, Justin just “happened” to be headed to Medicine Hat the same weekend I was planning to visit my sister and her husband – and so our first date was planned! {What I didn’t know was that even before we reconnected and started chatting, Justin had been chatting with my sister (whom he also knew from Caronport) and asking, “Ok, what’s the deal with your sister and why is she still single?” I wasn't single for long!

Justin made his first trip to Moose Jaw a month later, the very same weekend that my dad was coming home from the hospital after dealing with some serious health issues. I remember asking Justin if he was sure he wanted to come and he was adamant that he wasn’t staying home… he just slipped right into all that that weekend held and I knew then for sure that there was something very special about him.

We both sensed that this relationship was different and could very well be “it” and knew that a long distance relationship wasn’t going to work very well for us for too much longer. When he got word that he was being transferred from Edmonton to Medicine Hat I knew that a move was in my near future as well. He moved in May and I moved to Medicine Hat as well in August.

He proposed a little more than a year later and we were married 6 months after that!

2) What's been one or some of the unexpected challenges you were faced at the beginning of your marriage?
By the time our wedding rolled around I was so relieved to be married and live in the same house and not strattling two households any longer. But because of that we had learned a whole heap about each other that made the transition of being married much easier I think. Not too long after we got married we started the process of looking for a house. It was a very up and down season for both of us, some days quite emotional, and I think it revealed where some of the “buttons” were for each of us taught us how to work together in spite of the disappointment and obstacles we faced. We joke that in the first year of our marriage we moved, moved large furniture, hung drywall and built a shower together – we can tackle anything lol! 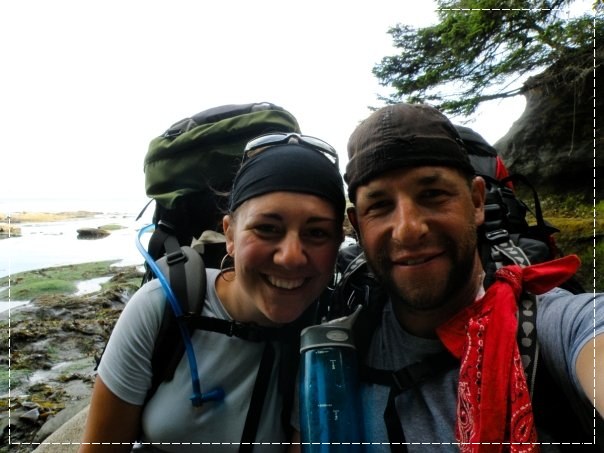 3) Now the good stuff, how have you kept the romance alive in your marriage?
I think as many of the others have said, it’s about the little things. For us, I love our inside jokes – the ones that we giggle about that will very well mean nothing to anyone else. I love having those little things that I share with Justin that are just between him and I, the things we don’t have to explain, I see the glint in his eye and I just know

We all know that we should make our marriage a priority, but with the busyness of life and hectic schedules that can sometimes be easy to push aside. We are very involved in minor hockey, Justin coaches and we are currently billeting a Medicine Hat Tiger so we have to deliberately plan date nights and time just for the two of us. I love that Justin will make that a priority. This winter he would love to also be playing hockey, but he said, well I can either play or I can see my wife… he’s a good man.

4) Any advice you want to give to newly couples?
Learn to laugh early in your marriage… it’s easy to do that when you’re dating but keep laughing after the I do’s. Laugh when you’re being silly, laugh when you burn supper, laugh to make your spouse smile on a bad day. I laugh at myself much easier now than I used to, and I think I’m a little less uptight than before (most days anyway lol!)

Remember that it’s ok to give each other space when you’re having one of “those” days. You’re not a bad wife if he doesn’t spill everything right away when you think he should (or like you would). A little silence isn’t always a bad thing .

Don’t take life too seriously - that is a huge lesson Justin has taught me over the years we’ve now been together. Allow time to just “be” as a couple, explore, adventure, try something new for both of you, share the little moments, smile as he steals the warm cookies off the baking sheet and kiss before you leave for work/school etc… it’s proven your husband will live longer. Although I am not married or anywhere near that stage in life I love reading these posts. It is inspiring to read into other people's real life love stories and not the Hollywood versions.

Amber, you are just too cute! It's been a blessing knowing you all these years and I'm so glad that you're so happy! I wish we lived closer so we could spend more time together!!

Thanks for posting these interviews! They're really great :)

ah, these posts are just incredible girl! i love coming across these. i think its great when women can give all different advice.
xo TJ

Cute post, it great to hear their story :) I'm seeing my sister go through the whole house hunting thing and I think I know exactly what she means about pushing each other's buttons during the process.