I'm so excited to introduce a new weekly feature I'm going to be incorporating into my blog called Marriage, Love and Fun.

I know for myself that I love to hear and talk to married gals about how they deal with certain things in their marriages. One fun thing is how they keep the fun and romance alive in their marriage. It's interesting as every couple finds themselves in different stages, some in school, some with kids, some without, some in business etc. So I've decided to compile a bunch of questions, get a group of different married gals to answer them and post them on here.

Today's first post is written by Christy Pick. She's been married almost a year now so she and her husband are technically still in the "honeymoon" phase, if you want to call it that. But she has some great advice and a beautiful story so it's totally worth the read!

Also, on a side note Christy also just started her own gift basket business, Big Oak Baskets & Gifts Inc. She has some incredible products beautiful designs. After reading her story you should check out her facebook page and see some of her amazing items! 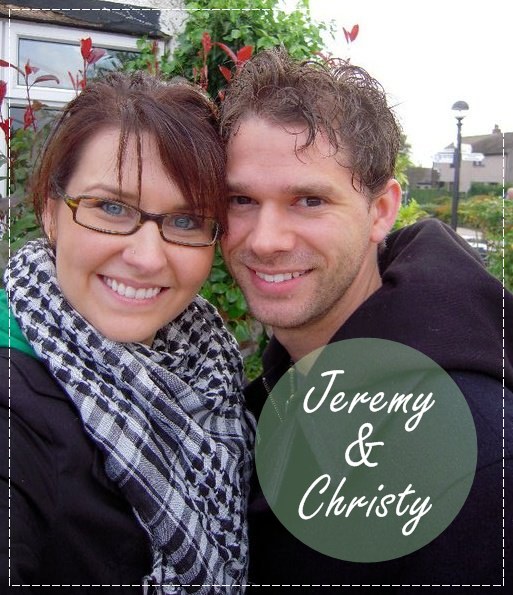 1) Tell us about how you and Jeremy met.
I can say with full certainty that meeting Jeremy was not by luck, chance or good karma. There is no doubt in my mind the Lord had a plan for both of us and lead us down intersecting paths at the exact right moment. The first time I saw Jeremy (and he saw me) we were in church. I was hopping around, new to Medicine Hat, trying to find the church where I “fit”. He was leading worship. I noticed him on stage, but nothing really sparked. He was just another face in a crowd of lots and lots of people.

Our “love at first sight” actually happened the second time we saw each other!! I was covering a trial at the Medicine Hat Provincial Courthouse; he was meeting with a prosecutor about a traffic file. While I was in the hallway talking with my News Director on the phone, he passed by. I recognized him, but this time instead of wearing faded jeans and a short sleeved button up, he was in dress pants, a shirt and tie… and was wearing glasses. My word! You could have knocked me down with a feather! I was in love. Turns out he noticed me as well because as soon as I returned to the radio station I had a Facebook message from one Jeremy Pick… asking if I was the reporter from “The Lounge” and if he had just seen me at the courthouse.

In a strange and somewhat lengthy turn of events we ended up chatting over Facebook, sending messages every half hour (or so it seemed… I admit, I didn’t do a lot of work over those next few days!!) and eventually we got together with some friends and played football in Kin Coulee Park on Easter Sunday 2009.

Turns out he was a cheeky character, but a really good flirt! Just a couple weeks later he helped me pack up all of my belongings and move into a new place, and since then we have spent almost every day together.

2) How did you know he was the one?
Jeremy very quickly turned into my biggest confident, then my best friend, my biggest fan, my security blanket, and eventually my lover. I trust him with my entire life and have no problem at all submitting to him as the head our home, our future family and our spiritual life. God knew exactly where each of our hearts were when we met. He brought us through very specific seasons in life in order to prepare us for our future life together, and He taught us things through our families and friends that we would eventually need in order to come together as one.

One of the most important things about our relationship is that our families are in complete agreement that we are meant for one another and our paths are heading in the same direction. For years I prayed not only for my future husband, but for his family as well, that they would accept me, would love my family, and that each of us would be friends – not just in-laws. I found that. Jeremy’s parents quickly became good friends with my parents and they have the exact same values as one another. They even have the same character traits – sometimes when I’m talking with his folks, I almost think they’re mine, they’re so similar!

I also look at our siblings. Each of us is working in an area that compliments one another… whether it be journalism and media, music, videography, business, or design… I certainly see the potential for all of us to work on large-scale projects together in the future. We too have all become very good friends. 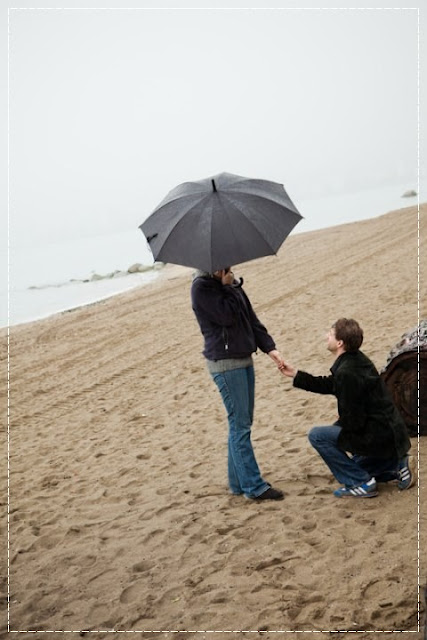 3) What's been one or some of the unexpected challenges you were faced at the beginning of your marriage?
Not everything has been easy though. When we were first married I was working in a position where I started each day at 4:00 am (yes, that hour really exists!!) and was done work around 2:00 pm. That meant our days were off by about 4 hours, which cut right into our evenings together. I would weep some nights, going to bed by 8 and watching him go off to grab a coffee with friends or something, just to fill his evening. There was a void, not being able to get to know my husband in the first 4 months of our marriage. I felt like I was living with a new roommate at times, instead of a husband, because we only saw each other for an hour and half most days. Admittedly, there were times that I would detest his friends and be upset with him if he said he was going to grab breakfast with the guys Saturday morning and be back in an hour, but might take two. I was incredibly selfish during that time, sometimes with some merit, but lots of times without. It wasn’t until I shifted into a more “normal” workday from 9-6 that I was able to let go a little more and understand that he does need some time with the guys – or by himself. But because we were getting more time together other nights, I slowly got better at letting go when necessary.

The thing that kept us going though, when I was a pouty, sulky little lady, was Jeremy’s patience and understanding. He knows how to put me in my place in a loving way and did it time and time again. He didn’t avoid the problem, he faced it and made me face it too. That went a long way to solidifying this commitment we had just entered into. 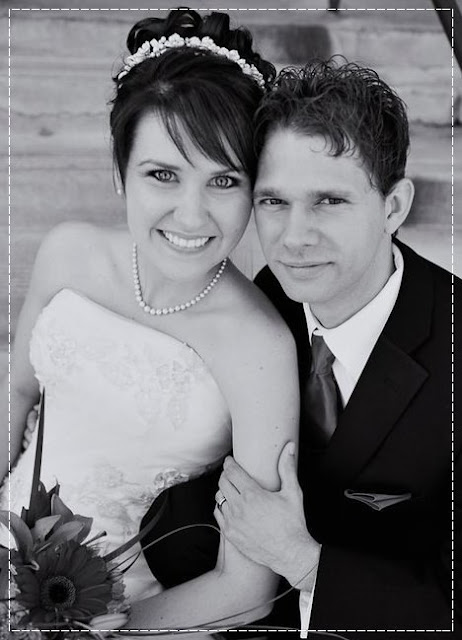 4) Now the good stuff, how have you kept the romance alive in your marriage? Any stories, pratical adivce or ideas you have?
I think every marriage has times when it takes some serious work to strike up the romance… but for us “romance” doesn’t always mean candlelight and sensual massages. I find romance in the goofy times we have… whenever Jeremy makes me laugh… like a real, deep belly laugh. (Which is all the time!) We leave each other little notes in unexpected places, and take date nights to escape from the world. We do a lot of little day trip road trips… and make sure birthdays and anniversaries are spent out of town. That’s a golden rule we’ve decided to adopt – every anniversary we leave Medicine Hat. We want that to be our time, together, away from everything else to focus on each other and our life together. It’s something his parents do and we want to follow their example. But we also make sure that every couple of weeks, when everything slows down, that we do have those particularly romantic nights.


5) Any advice you want to give to newly couples?
We’re two weeks away from our first anniversary, so we don’t pretend to be the Masters of Marriage. We know there are many tough roads ahead… but I will say that if I have learned anything in the last 12 months, it’s that each and every day I must wake up and be ready to serve. Not just as a woman serving her husband, but as one spouse serving the other. That was the key message in our wedding ceremony, and something that has always been at the core of our relationship. We spend a lot of time looking for ways to serve one another – perhaps with helping out with housework, or dishes, or walking the dog, or making dinner… whatever it may be. But we are BOTH constantly keeping the other person top of mind and thinking about what we can do for them… instead of what they can do for us. Just as our pastor said in our ceremony… if you keep Christ at the head and your spouse next… and then everything else… you will always have proper balance in the home. We stand on that, we believe in that, we have proven that to be true.

I have found my life partner, my best friend and my one true love and I am absolutely honoured to be the woman who gets to take care of him each and every day. 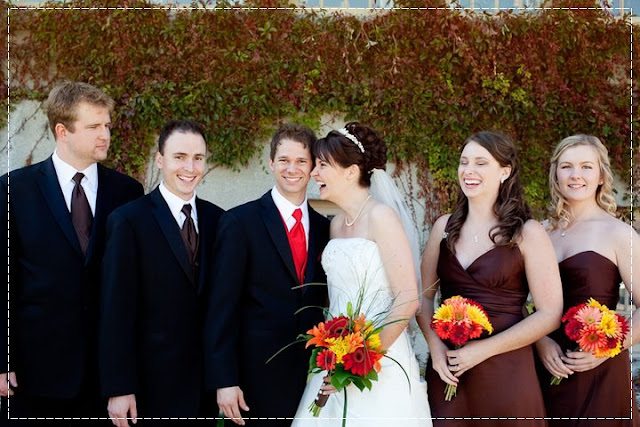 I love this feature! Great idea :)

What a cute little feature!! I love being married and being part of our little two-person (and one dog) team. :)

I really appreciate how Christy shared their initial challenges. We went through something very similar so it's always nice to hear you´re not the only one! That´s also a great idea to go out of town for birthdays and anniversaries!