For this weeks edition of Marriage, Love and Fun meet Aryn. Aryn is one of those incredibly outgoing gals who everyone seems to love when they get around her as she's truly beautiful inside and out. She's also incredibly talented in the arts and over all just loves life. She also has a blog you can check out after reading her answers. 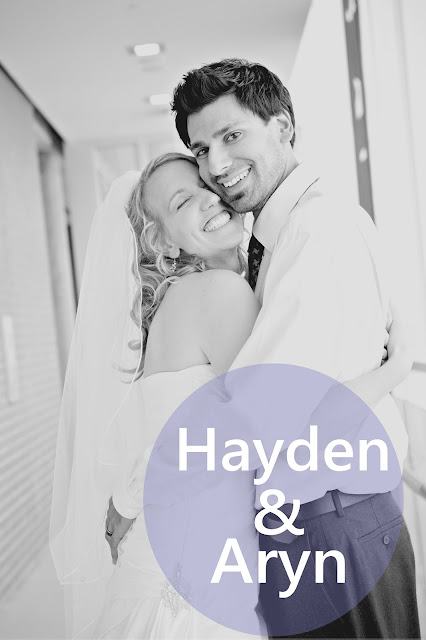 1) Tell us about how you and Hayden met.
Hayden and I met under circumstances that I can only give credit to God for. I first saw Hayden at the Hillcrest Young Adults group and thought nothing of it. I wasn't looking and assumed he was already taken, so why bother being interested. As we were randomly put into small groups, I inevitable ended up in his. He later told me that he was struck by how well I read and remember that I had mentioned that I had road rage. He also remembers how my hair was and what I was wearing. I didn't even remember those details. This was as far as it would go at Young Adults.

I soon became good friends with a guy, Kjell, who was 7 years younger then myself. A little brother type. It was at his birthday party that Hayden and I had our first conversation. It ended on the note of maybe meeting up something to look at each others photos, as we were both into photography. Kjell turned out to be roommates with Hayden. As we hung out almost everyday, I found myself spending many a night and day over at their house, and through these times slowly got to know Hayden.

I remember the night that changed it all for me. It was a Monday night. The weekend before, Hayden had left for Calgary for a wedding. I needed some special proactive gel and decided to text Hayden, to see if he could pick one up for me. It turned out that Hayden was most pleasantly surprised at my text, and he actually went to a few different locations (I found out later) to find it. I honestly wasn't expecting him to remember or even bother. I went over to their house that night, with plans to watch a movie with Kjell. Hayden had purchased a numerous amount of books, many of which I was interested in, and thus, instead of watching the movie, I sat at the table with Hayden and perused the treasures he had found. All the while, Hayden sat and read, cover to cover, the book I had recently published. Then not only did he remember my proactive, but he had found 3 books that made him think of me, and had purchased them for me. This was surprising and unexpected. He then told me I was not allowed to pay for the proactive, but instead, I could give him a copy of my book. In that moment, I had fallen head over heels for this handsome, tall, mocha skinned man.

The texts ensued for many a while and I spent less and less time with Kjell, and more and more time with
Hayden. We at last made it known to each other that we truly liked each other and he waited until he asked my Dad's permission to date me before we made it official. We were engaged 6 months later and married 9 months after that. Had it not been for these times at his house and my initial friendship with Kjell, we probably never would have become interested in each other or even spoken together. 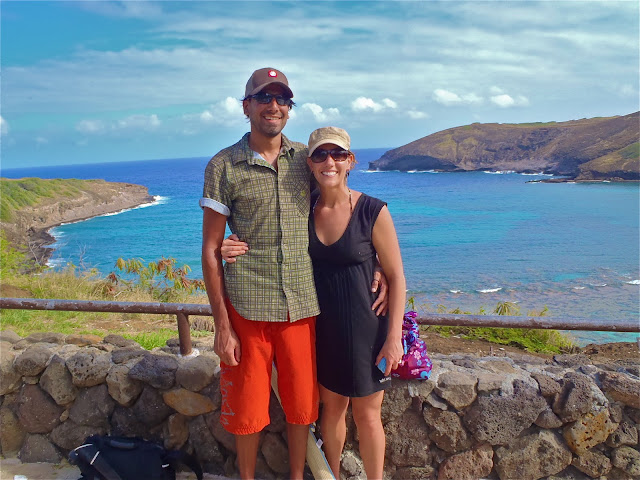 2) What's been one or some of the unexpected challenges you were faced at the beginning of your marriage?
Well, contrary to some, it was not the toothpaste tube nor the toilet paper roll, or even adapting to sharing a house with someone. Because we were older when we said "I do", one of our challenges was intertwining our independence. Melding our long forged habits to work together and to not allow ourselves to remain stuck in our ways. It took time, and we still work on it, but life flows much easier now.

Another challenge that we faced that I wasn't expecting at all, were expectations. I had no idea that I even had expectations, until they were not met and I was devastated. Little ideas of how I thought marriage would be, how our life together to flow, how our nights would be spent, what Hayden would say or do, how he would act etc. I had a fairytale idea of what marriage really was, and it wasn't until reality hit and the knowledge that every man is different, every woman is different, and every marriage is different, that I realized life is not a fairytale and we need to figure this out for ourselves. Our marriage was not too look like this one or that one, but we were to make it out own.

3) Now the good stuff, how have you kept the romance alive in your marriage? Any stories, pratical adivce or ideas you have?
One truth is that after the wedding day, the romance is much more liable to suffer. The man has his bride and no longer pursues her in the same manner as he did whilst courting her. One small thing Hayden and I do is once in a while we leave notes for each other. Be it on the counter, in their lunchbox to find at work, or wherever. This small gesture shows thought and love in every written word. We also try to have a date night, once a week if possible. This doesn't mean we must go out, eat at a fancy restaurant and then go to a movie. It can be something as small as spaghetti and cuddling up to a movie on the couch, going for a walk, taking a drive out to the hills, doing "Where's Waldo" books, and yes, making out and having sex sometimes too

As long as we are with each other and only each other. The key is to love your spouse in their love language. 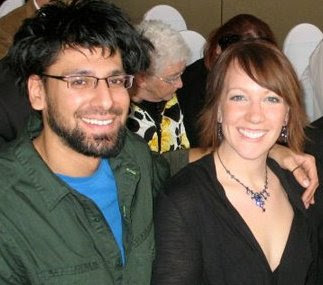 4) Any advice you want to give to newly couples?
Remember, it gets better. Marriage is hard work, but also very rewarding. The first year doesn't have to be horrible, by any means, but it usually is the hardest year. You're learning to live with someone, sleep with someone, figure out your roles in this marriage, and it's a lot to wrap your head around. You'll figure out finances, sex does get better and better, and cooking will get easier. The best thing is to take a moment, everyday, and say something encouraging to your spouse. Something you appreciate, love and admire about them. It may be the worst day in history, but that small word will mean the world to them. Communication is important in every area of life and marriage. This is something I'm still learning in my young marriage of 2 years. It's hard sometimes, but totally worth it. After all, this is the person you are the most intimate with and who knows you better then anyone else. It's always good to share all of who you are with them, even though it will take time.
Posted by Teaka at 6:07 AM

I really like your advice of saying something you admire to each other each day because it's certainly easy to get so caught up in everything and not stop and say these things. I loved your openness here, it's very true that we all hold people to unfair expectations; doing the little notes and date nights are certainly great ideas. very cute story : )

what a cute little post. love all the advice. just too perfect! hope to read more!
xo TJ