Tagging Along A Photo Shoot

I quite enjoyed last night as I was able to tag along with Jonathan during an engagement photo shoot. I'm typically never of use during a shoot but yesterday he needed me so I was more than happy to follow them around. Basically all I did was hold his flash where ever he told me too for better cross lighting, nothing fancy but I'm so happy I could come because the couple he was doing the shoot with live in Monarch. It's very small town in Alberta and near by is a river bottom very similar to the one in Lethbridge. In fact it has a smaller version of the wooden train bridge in Lethbridge and when we got to the river it totally messed with my mind when I realized the water was flowing south instead of north like I'm use to. 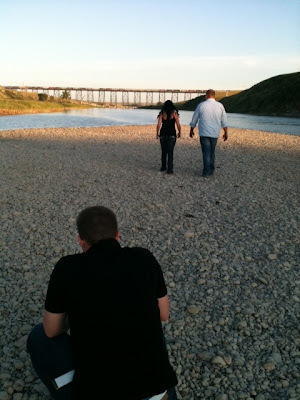 I love seeing new parts of the area I live in such as different small towns and hidden spots. So it was great to follow this couple around as they explained what was what and some history. 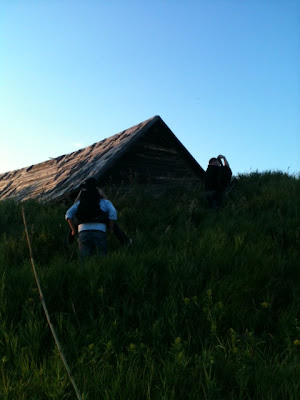 Mind you they brought a gun along as well  just to scare off any potential "threats" and there was talk of possible rattle snakes which totally freaked me out especially when we hiked through tall grass. Who knows what's lurking in there. Thankfully we saw only deer. 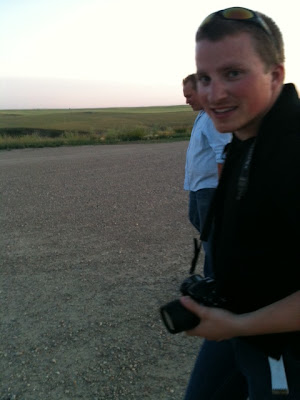 We stayed out till the sun was gone and to top it all off at the end we drove back and had some tasty home made saskatoon pie. Quite a lovely evening indeed.
Posted by Teaka at 8:09 AM