This Weekend I Was Spoiled

To start with I came home Friday after work to find that he had two baseball tickets to see my home town, the Swift Current Indians verse the Lethbridge Bulls. Even though it wasn't even close to a major league type game I was still pretty pumped to finally get the chance to go experience a game and with my home town none the less.

Before the game we had some time to kill so Jonathan took me out for supper and then we had a walk around the near by park before we found our seats in the stadium.

It wasn't very full when we first got there and the seats didn't fill up much pass what you see in the shot but still the crowed got excited enough that in the end it didn't matter. 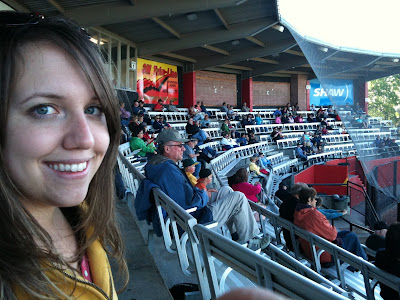 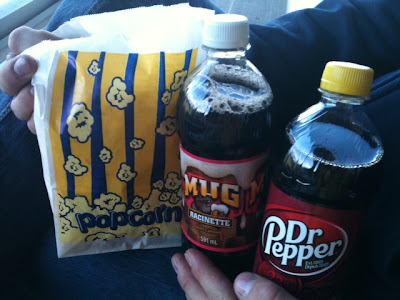 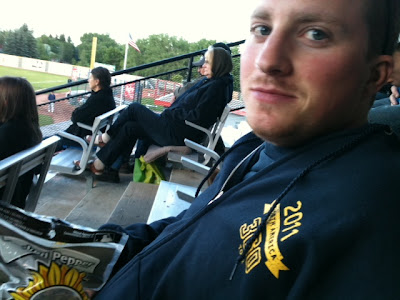 By the seventh inning this is what we were stepping on. Ewww. By the way I still can't figure out how to get the seed out cleanly without chewing on the shells. It's such an art form. Sadly I haven't been graced with that talent. 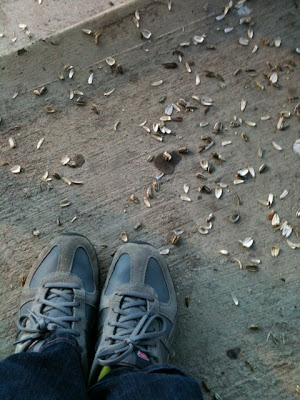 At first the Swift Current Indians were doing really good and they were keeping ahead well into the game. But after one home run with all the bases loaded the Lethbridge Bulls won the game by only one point. Of course I was cheering for Indians while surrounded by fans cheering for the Bulls but I refused to change sides and so Jonathan and I left the game defeated but with our heads still held high. 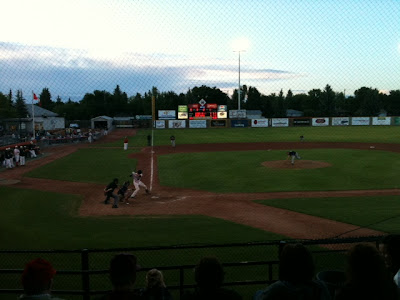 Saturday rolled around and I spent the whole morning doing some much needed household cleaning and by the afternoon I was attempting to get in some practice sewing (sadly it didn't go over as well as I had hoped).

Later that afternoon Jonathan asked if I wanted to go go-carting and mini golfing, which I was totally game for. We tried to get some friends to come but soon discovered that it's nearly impossible to do anything last minute on a weekend when everybody's gone camping or spending time with family. (Which will probably become the topic of a future blog post regarding how summer makes me miss family and having a core group more than another other time of the year) Anyways, we decided to still go.

We went to Evergreen Golf Course which has a bunch of things to do on one area. We started off with mini golf. It's been a while since I played and I thought I wouldn't really be into it but rediscovered it's actually a pretty fun game. Though Jonathan won. 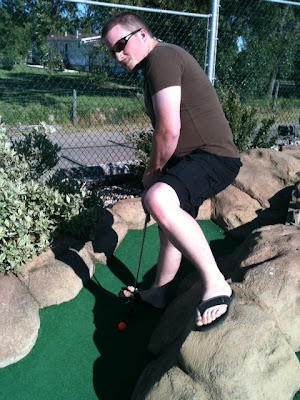 Next we waited for near an hour to go on the go-carts. Apparently it was a pretty busy day for them. 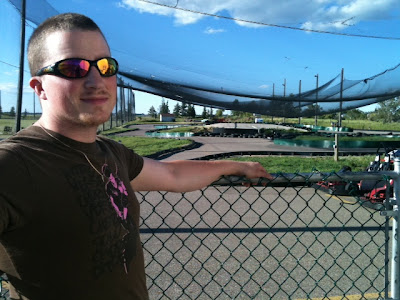 This was like my third or fourth time to be on a go-cart and I'll have to admit that though everyone else was having a blast I had one crappy ride. My go-cart had no speed and would slow down while I was pushing down the peddle all the way. I was more than ready to get off the track after being lapped my Jonathan four or five times along with a ruthless British family. Haha. But honestly even though I was whining to Jonathan after the race I still had a lot of fun on the track. 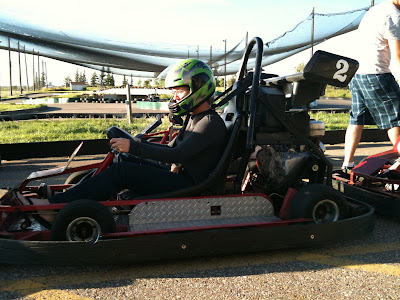 Finally we made our way to the driving range in which we found that Jonathan is actually pretty good at long drives while I on the other hand had a hard time even making contact with the ball. Resulting in an equally frustrating experience. Jonathan had to help me so he took a few of the many I had left and we got through them together. 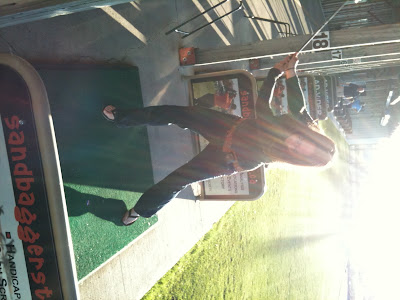 So Jonathan really did spoil me this weekend. We aren't able to do much this summer in terms of any long trips or camping for days on ends but it's doing activities like these and spending time together that's really making my summer special.

Thank you Lover for the fun filled weekend! I love you SO MUCH!
Posted by Teaka at 7:48 AM

I went to Evergreen with my friend just a couple weeks ago and went on the go-karts and did a round of mini golf, both for my first time and LOVED it! :D

wow what a weekend! that's awesome :)
Ps. I can't even crack open spitz. I just suck on them ;) hahah

how fun! go-carting is SO much fun isn't it?