Our Anniversary Week Away

It feels like it's been a long time since I last updated things or am I that lame that one week without blogging feels like withdrawal. You don't have to answer that. But anyways I wish I could update on everything that happened this last week but that would lead to a ridiculously long post. So instead what I've decided is to upload the very few pictures I took on my awesome Iphone and just tell what happened according to them.  This means they'll be pretty bad quality pictures.

Let's we begin.
So Tuesday we drove up to Edmonton and after a few stops at various places we finally found our "home" for the next few nights. I was so excited to get check in. I felt like a kid. 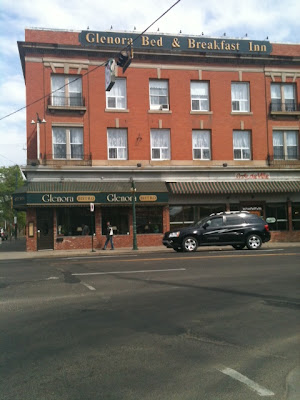 We discovered that our room was on the third floor of the building which meant many random stair cases up to our room. It was quite an odd lay out but each hallway and corner was decked out in vintage decor so it was rather cute. 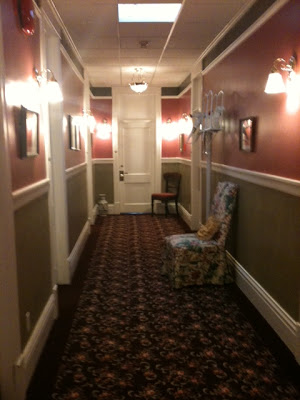 We found our room and fell in love with it. We had a bedroom that opened up into the small living room with french doors, Victorian furniture, and a lovely bathroom with a claw bathtub. Probably not exactly Jonathan's style but I was thrilled with it. 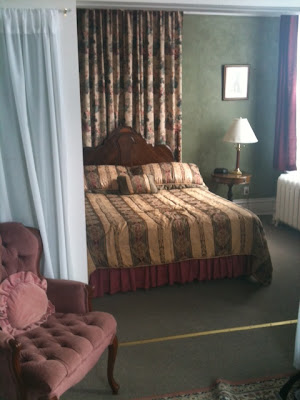 The best part was that every morning we got to go down to the bistro downstairs and enjoy anything off their breakfast menu for free. So yummy! 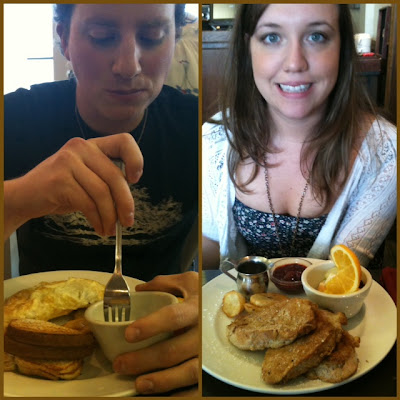 Ok so here comes the good part, the next day after hanging out together for the morning and afternoon we bought some sandwiches, caught a taxi and made our way to the stadium where the U2 concert was being held. I was amazed at the already huge line ups that had developed. We got there rather early even though we had seat tickets. Yet there never seemed to be a dull moment during our 3 to 4 hours of waiting. Jonathan bought us each an article of U2 clothing and.... 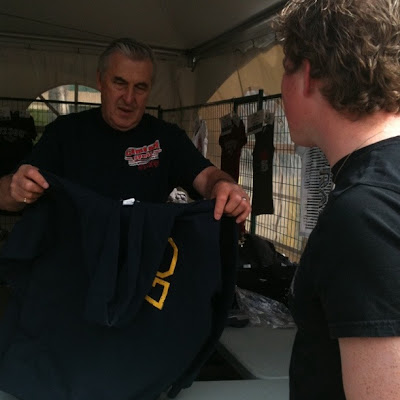 ...we enjoyed our tasty sandwiches. 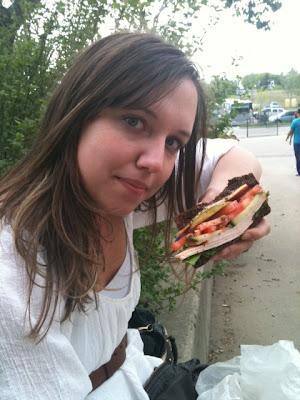 When we finally got into the stadium we found it crazy watching the mass of people on the floor filling up the space and the people running as fast as they could to get the best spots possible. 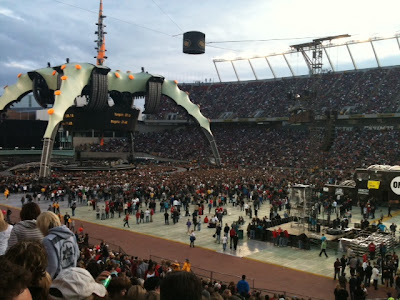 We ended up waiting about 2 hours for the opening act to start, The Fray and then another hour or more for U2 to come out. Way to much waiting! 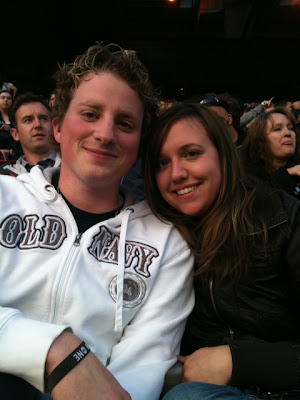 Luck would have it that I decided to go to the bathroom and at that moment, away from the stands is when the band finally came on stage. All the ladies in the washroom could hear the roar of the people and were rushing like crazy to get back out there. I made a a mad dash to find Jonathan again and I made it in time to catch the last two band members coming on stage. Pretty awesome.

The best part was when they played the song I walked down the aisle to during our wedding, All I Want is You. Totally made my night. 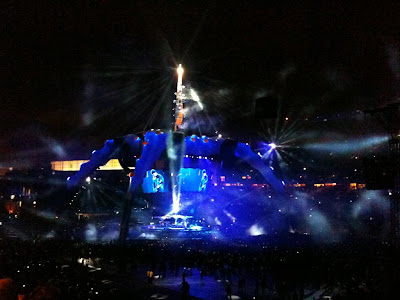 Leaving the stadium was so crazy and I felt like I was going to have a melt down because of the stress of trying to find a taxi to get home as thousands of others were doing the same thing. But Jonathan amazingly found us one right close to where many other people were and we snagged it before anyone else could. It took the driver quiet some time (quite a lot of swearing too) to finally get us out of there but he managed and we made it back to our place safe. That whole experience with finding a taxi was oddly a real test for both of us and at the time I'm sure we could have bitten each other's heads off...well I sure could have. But looking back it makes me laugh. It always seems that Jonathan is able to stay incredibly calm during tense times while I'm the one that can throw all sense out the window. How he puts up with me is quite a miracle.

Anyways the rest of our time in Edmonton was fun and I really wasn't ready to leave and go back to regular routine. But such is life and we had a wedding to attend that weekend as well.

Jonathan's cousin Sarah was getting married and his parents stayed our our place for the weekend. It always nice to have them down. But what we both enjoyed the most was having a handful of his aunts and uncles over at our place between ceremony and reception just to all relax and chat. I had never spent any time with them and so this was my first real moment to get to know Jonathan's extended side of the Ritz family. I'm so blessed to have married into a family filled with lovely people. 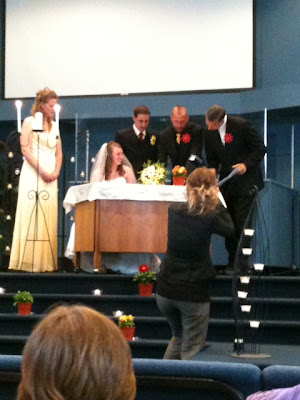 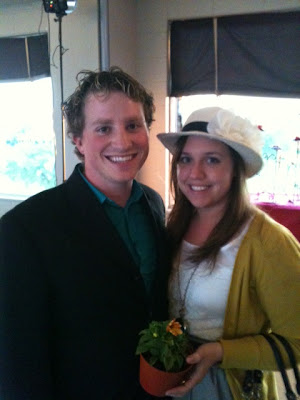 It was just a wonderful week.
(Dang that was a long post.)
Posted by Teaka at 8:00 AM

Love your hat in the last picture!! Glad you had a great anniversary week :)

Teaka! Can't beleive it's already been a year! Your anniversary sounds amazing... you are so blest =) I can't wait to be celebrating anniversaries with my man!