Day One in Lingerie Store and a Birthday Cake

It was my first day at the lingerie store on Saturday. When I woke up that morning I couldn't believe how nervous I was. For some very strange reason I was more nervous about starting my practicum then I was on my wedding day. Mostly because I was afraid they wouldn't know what to do with me and find having me around would be more of a nuisance. Thankfully though once I walked into the boutique, shown around the place and got warmed up with the gals there was plenty to do and I quiet enjoyed myself.
Spending just five hours there brought back a flood of memories from when I worked in a clothing boutique in the down town of my home town. Oh how I loved that feeling again. I only got to help with a window display, watch as they did bra fittings and help rearrange a bit of the store but it was enough to satisfy me for a bit. Next week I hope to get more on hands training with fittings, ask a billion more questions and hopefully learning how they conducts there accounting. Over all I think my first day was a success. Bonus, I think they like me and I didn't feel like I was in their way much.

Now the BEST part of the day was coming home to Jonathan who had spent a good part of his day trying to bake and surprise me with a red velvet birthday cake. (Yes my birthday was over a week ago but sadly I never did have a cake).
Turns out he baked the first cake only to discovered he had used powdered sugar instead of flour. I guess they look the same since they are in glass jars side by side on our kitchen counter. So after that flop he went back to Safeway to get more ingredients and baked the cake all over again. I pretty much melted when he told me that.  After the whole process he decided that working for a bakery and decorating cakes was probably not a future career choice for him. But I still think he be a wonderful job on the first birthday cake he baked from scratch for me. 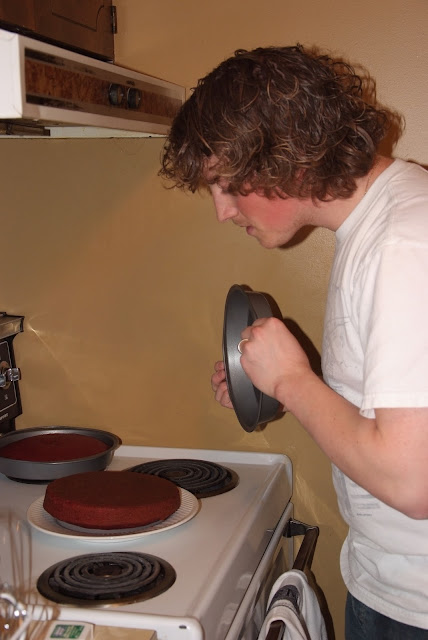 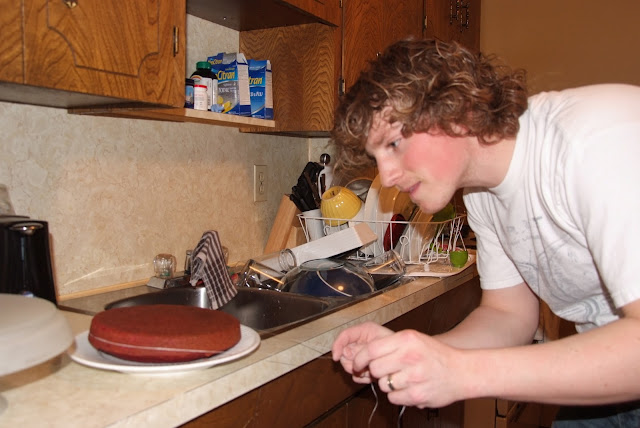 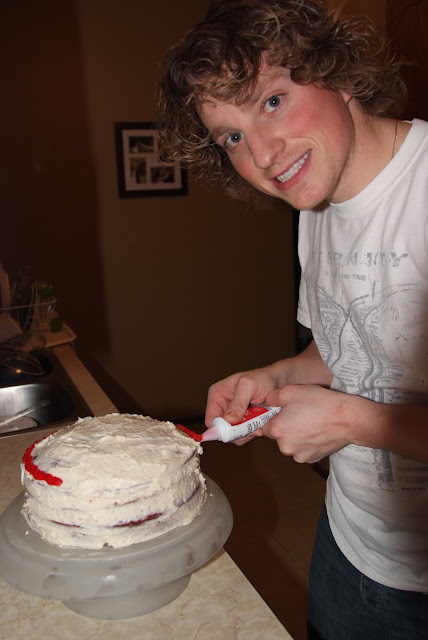 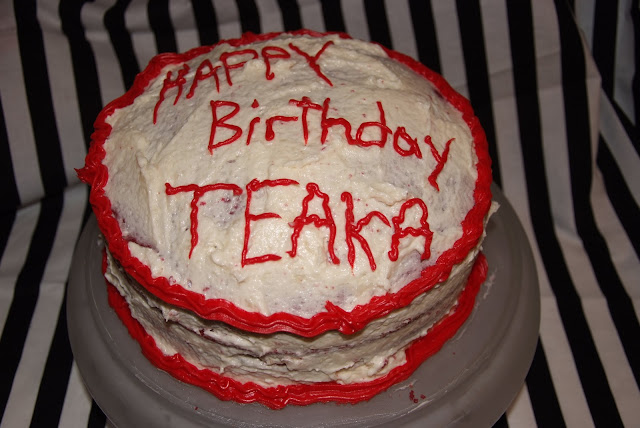 It was by far the best red velvet cake I've ever had...also the first. Also it was a real birthday cake as I got to blow out 24 candles. 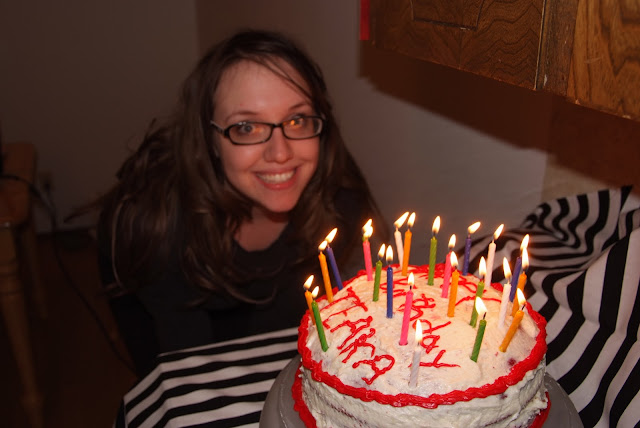 To top it all of he even did the dishes and bought the board game life so we played that after the cake. I love nights like these and I love them with Jonathan.

I would have loved to do my practicum at a lingerie store. Im actually considering doing lingerie design at some point in the future.
I love that Jonathon made you a red velvet cake! So adorable!

Oh Jonathon is so sweet! You are a lucky lady.

And I'm happy your practicum started out well!!! You will do amazing things!

thanks for poppin' by my blog, Teaka :)

Next time Jonathan is in a cake baking mood tell him your apparel production class loooovvvesss red velvet cake, hinthint

the fact that he made your cake wrong the first time made my day! it's like when I try to do something manly and end up completely FLOPPING... and I'm too embarrassed to tell anyone! (not like it's a daily event or anything =) hahah It's the cutest thing ever.
Hope you enjoyed and HAPPY BIRTHDAY!