Newly Wed and Learning to Compromise

Upon driving home yesterday after the lovely Thanksgiving weekend Jonathan and I some how ended up talking about holidays and how we'll have to compromise in the future when kids come along regarding how we'll celebrate each holiday.

I'm not sure why but I've always been sort of hung up around this topic. Even when dating Jonathan I wondered how in the world we'd resolve this issue as we obviously celebrated holidays rather differently from one another.  I feared that it may cause a division between us as both of us potentially may not be willing to back down on where we stood.

Now that October in full swing and Thanksgiving is over the next holiday to conquer is Halloween. The holiday I simply dread the most and for the longest time feared it's arrival as both Jonathan and I were raised quite differently on our understanding of this day. I'm not ashamed to tell people I don't celebrate it. Period. I simply can't find any that's edifying to God about the history, decorations and even concept behind it. Jonathan on the other hand was raised to have a more lenient view and fully participate all his childhood in dressing up and so forth. So he see's no harm in allowing our kids to also enjoying dressing up for a day. Haha and in the past he's admitted to thinking I'm kind of strict on my views. This of course would be an issue when raising our future kids.

Anyways so on our drive home we started talking about what might be our compromise in the future and as we were discussing I began to get this epiphany. I'm married now. This decision that Jonathan and I make is, in the grand schemes of things, not a big deal. In fact the important part is that it's a decision that only Jonathan and I need to agree upon. It'll be between us and not our parents, siblings, friends or anyone else. Ultimately our choices for our children will be an interpretation of how each of our parent's raised us. Together we'll compromise and together we'll attempt to create an atmosphere where they will thrive. Not because of what our parent's or siblings believe to be right for them but because of what we believe to be best and what we feel God is telling us. I like what Jonathan said something along the lines that holidays aren't what dictate a child's walk with God it's how they are raised and how they themselves build their own relationship with Him. It was something along that line.

So ultimately in the end compromise will have to be made on both our behalves and in this case I'm coming to understand that if I allow my kids to dress up on Halloween day that won't actually be a terrible thing, I won't be making the wrong choice. And Jonathan suggested we simply kidnap our kids in the evening and do something fun with them to avoid trick or treat time. He's making a compromise for me in my desire to recognize more of a family oriented time as oppose to what I so feel about this celebration of spiritual dark things.

I love this new notion of having to blend our views on holidays to makes something suitable for us as a couple. Honestly I feel closer to Jonathan and more like family just with simple decision like these.

Come Christmas, Easter and so forth those we'll have to tackle as they come. But I think just the lesson I'm learning is that compromise is not only a good thing but make a couple bond deeper, ultimately trusting more in their partner than their parent's and sibling's view. Of course it must be said that we will continue to strongly rely on their opinion and ask them lots of questions as both our parents are wise and know a lot about things we are going through. I will continue to go to them and ask them for their thoughts and prayers. But  really it's always going to be a final choice between Jonathan and me.

"If any of you lacks wisdom, he should as God, who gives generously to all without finding fault, and it will be given to him."  -James 1:5

What's something you and you're lover had to compromise on that you feel brought you closer? 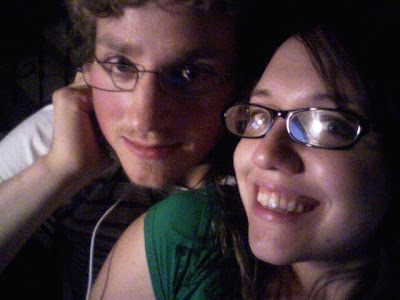 teaka, i loved reading this post. thanks for sharing a good lesson you learned. i learned from it too :) i remember you telling me about this actually in january last year as we were waiting in line to switch our schedules haha. isn't it crazy that we're both married now?!
i had an epiphany last night too! lately i've been getting bothered by things he does and i want to change him. mike and i were reading the scriptures together and while he was reading i realized: "how would i feel if he were trying to change things about me? i can't do that to him! I'm just going to adopt the good traits and habbits he has and appreciate him and eventually he'll do the same with me."
it's probably something that's common sense to most people but it was a lightbulb moment for me :)
p.s. i love that you're so religious. it's so refreshing to have friends that believe in God and live their lives accordingly. you're a really good person and i look up to you :)

Shamus and I have had this conversation about the exact same thing. I don't celebrate Halloween, not one bit of it and have never been trick or treating. Shamus on the other hand LOVES Halloween, the decorations, candy and dressing up.

What may actually be a great compromise in the future when you have kids is Church events. Lots of Churches have Halloween events where kids can still dress up, play games and get candy and it's usually fun for the whole family in a safe environment. This was our compromise.

Plus I told Shamus that I would buy all the Candy after Halloween when it was dirt cheap and then he and the kids wouldn't have to miss out.

There will be many more compromises you have to make in the future especially when you two decide to have kids...One day I will tell you the HUGE fight we had about soothers and that compromise.

Continue to have a Blessed and God Centred Marriage

By ensuring that you purchase enough packing equipment in advance, you can save time. Be generous as most packing equipment can be used in other household projects. If you skimp on packing materials, you will either find that you are wasting extended time or taking risks to the safety of your items by overloading boxes or using inappropriate containers.