So in theme with my last blog I thought that I'd try an account of what happens when making a product promo segment. I mean you already got my frustration in writting a Voice Over so now here's my next step...after picking music and creating a story board I then (just today) had to do a shoot with the book....oi. And I thought I had this ok idea...though I was rather winging it as I went but wow did it take a long time...this tiny little set up took my almost 2 hours!!!!!...It includes 3 microphone stance to hold the fishing wire to hold my squares of paper, 4 alire lights which took up most of the time trying to get the shadow off everything...for the most part they were gone, and tone and tones of tape!!!!!
My gosh...this was one of the hardest shoots I've done and it's not even that amazing to have taken that long. PLUS the lady I was going to be my "actor" with holding the book and pretending to read it had to leave because her little son was in emergency needing stiches. Ok...so that's excusable.
None the less I had to rebook EFP time and so Friday we're going to finish the rest of the shoot.
None the less I pray this all turns out.
ALL THIS FOR A BOOK!!!!
But I just found out today that "The Plumbline" (the show I'm working for) is aired in the States (that I knew) but has a optential viewership of 32 million!!!!!! And so far we've had almost just as many calls from the States about this show from last month then we ever got from a whole year for "LifeLine." Pretty spiffy eh!...hahaha but canadian viewers and guest actually don't care about viewership anyways.
But the point is...my product promos have got to be professional...and oh Lordy I need help with that!!!! 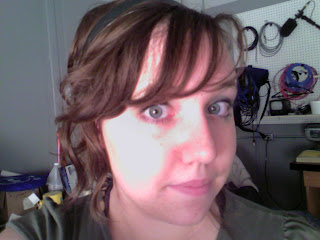 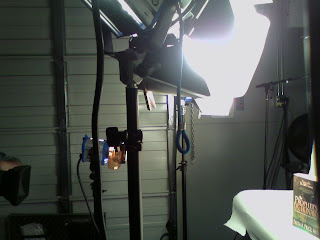 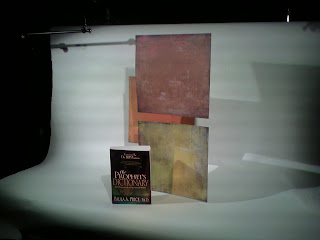